I’m thrilled to be a LEGOLAND blogger.  I received tickets to attend the LEGO Batman Movie Days at LEGOLAND California Resort.  All ideas and opinions are always 100% my own. #LEGOBatmanMovie #LEGOLANDCA 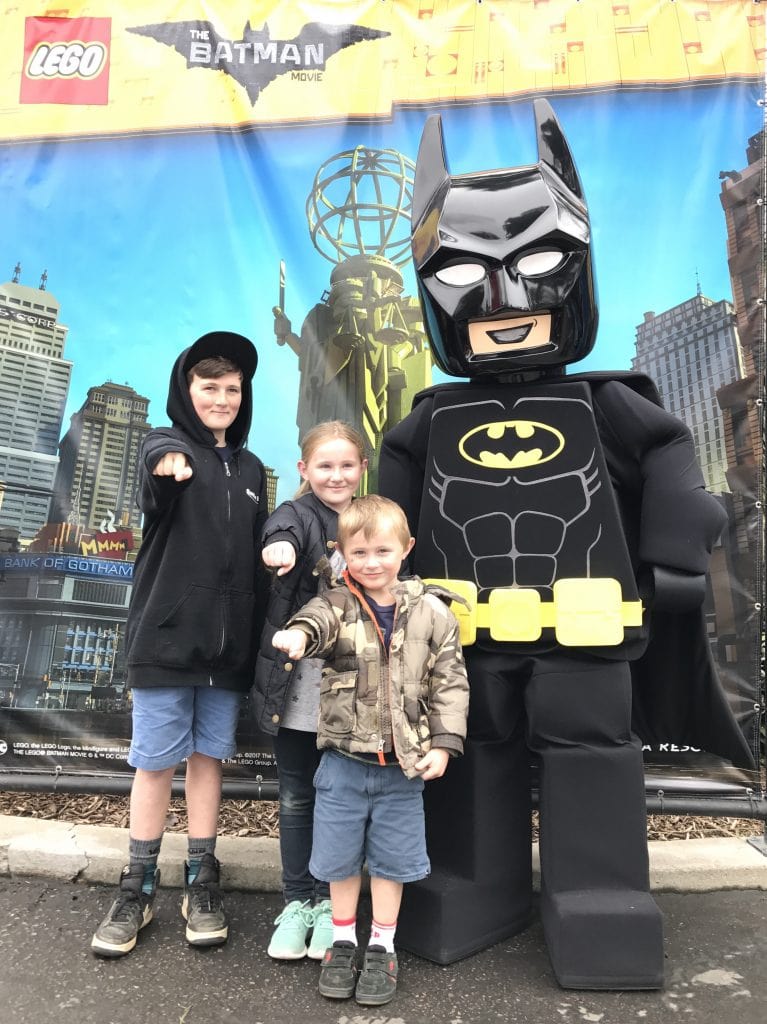 In celebration of the LEGO Batman movie (which my kids absolutely loved), LEGOLAND is having special LEGO Batman Movie Days this weekend, February 25 & 26.  We were able to go to last weekend during the first day of the event, and my kids had the time of their lives!

Your regular LEGOLAND ticket allows you to participate in all the LEGO Batman Movie Days activities throughout the park, which include a fun themed scavenger hunt, photo ops with the LEGO caped crusader himself, and LEGO Batman inspired build activities. 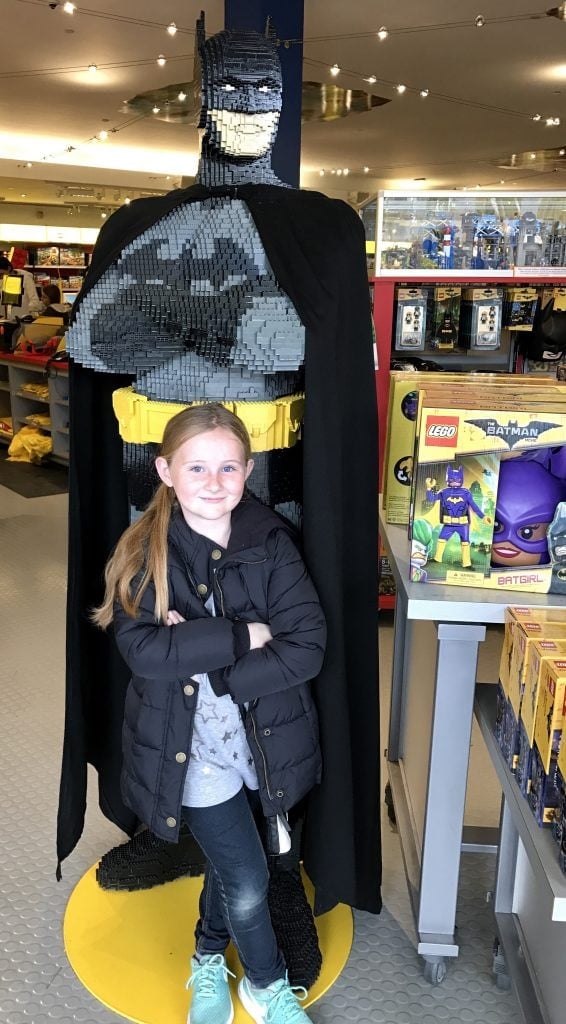 We also spotted a few LEGO Batman figures throughout the park.  Of course the kids wanted photos with every single one! 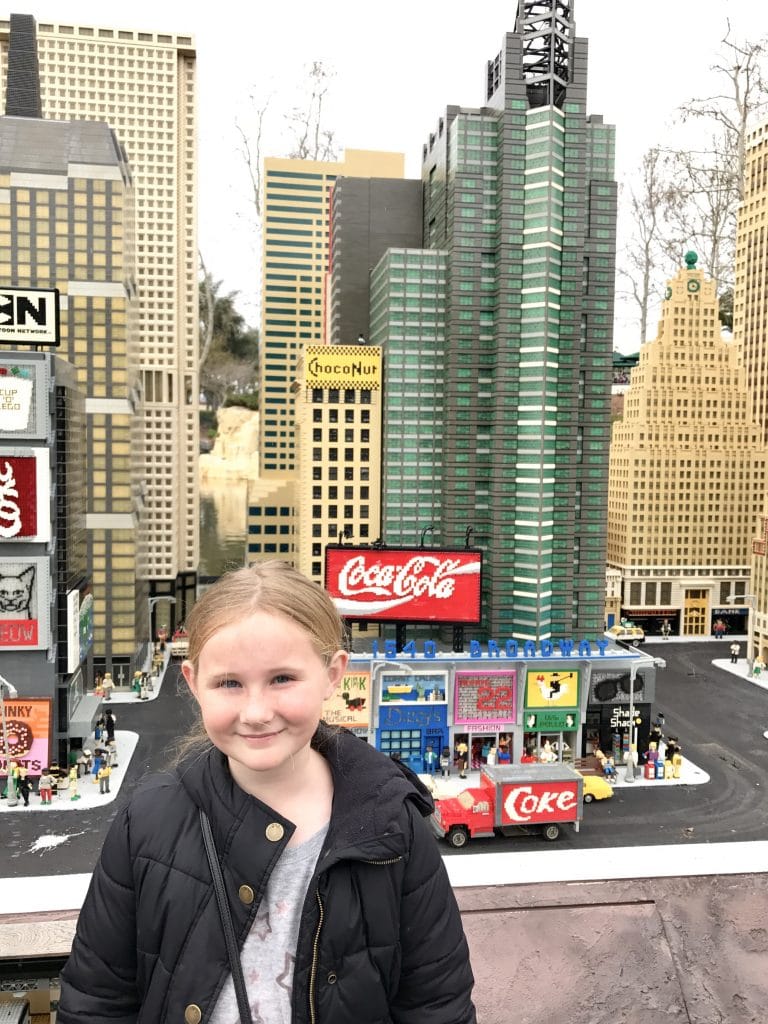 My kids were eager to complete the scavenger hunt.  Random winners each weekend receive a big LEGO Batman prize pack, which was all the motivation they needed to follow the clues and search LEGO Miniland USA for escaped villains on the prowl in various cities in the US.

If you look really hard in the above photo, you might see one of the escaped villains!

After we wrote down the letter each villain was holding, we had to unscramble the letters to make a word.  Searching for those villains kept all my kids very busy, and is a fun activity for all ages. 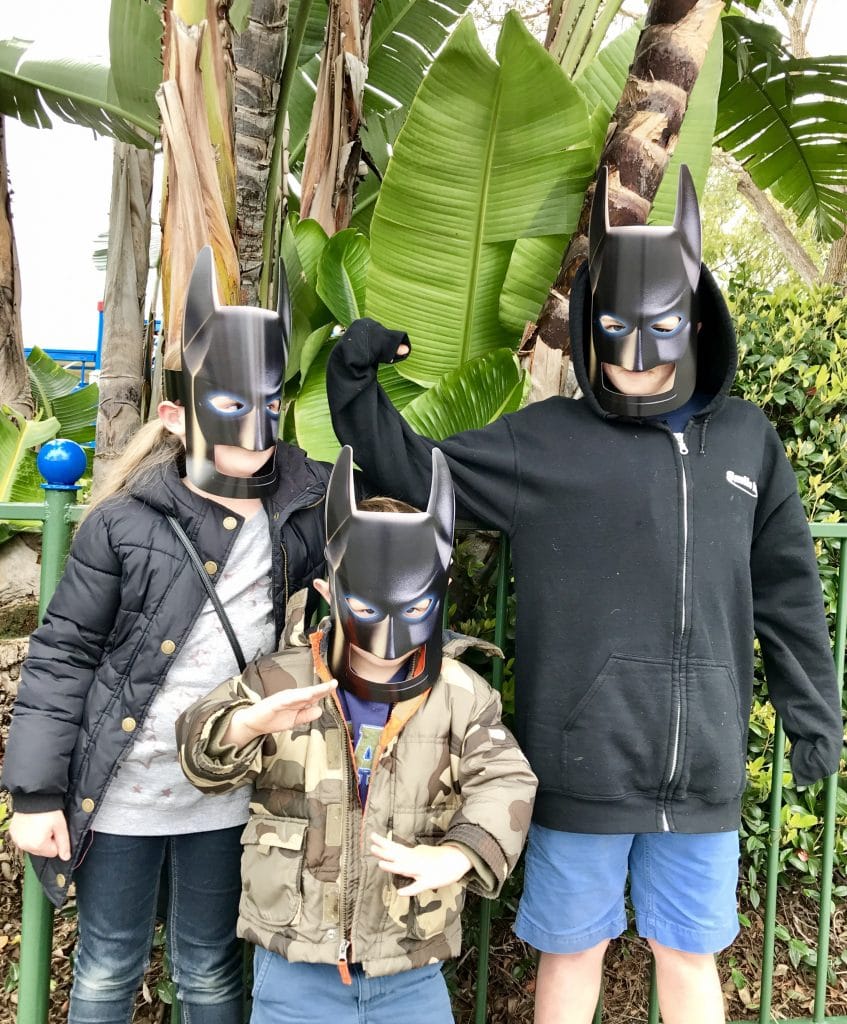 Next we picked up some LEGO Batman masks and channeled our inner Batman for this shot.  My youngest looks like more like a ninja, ha! 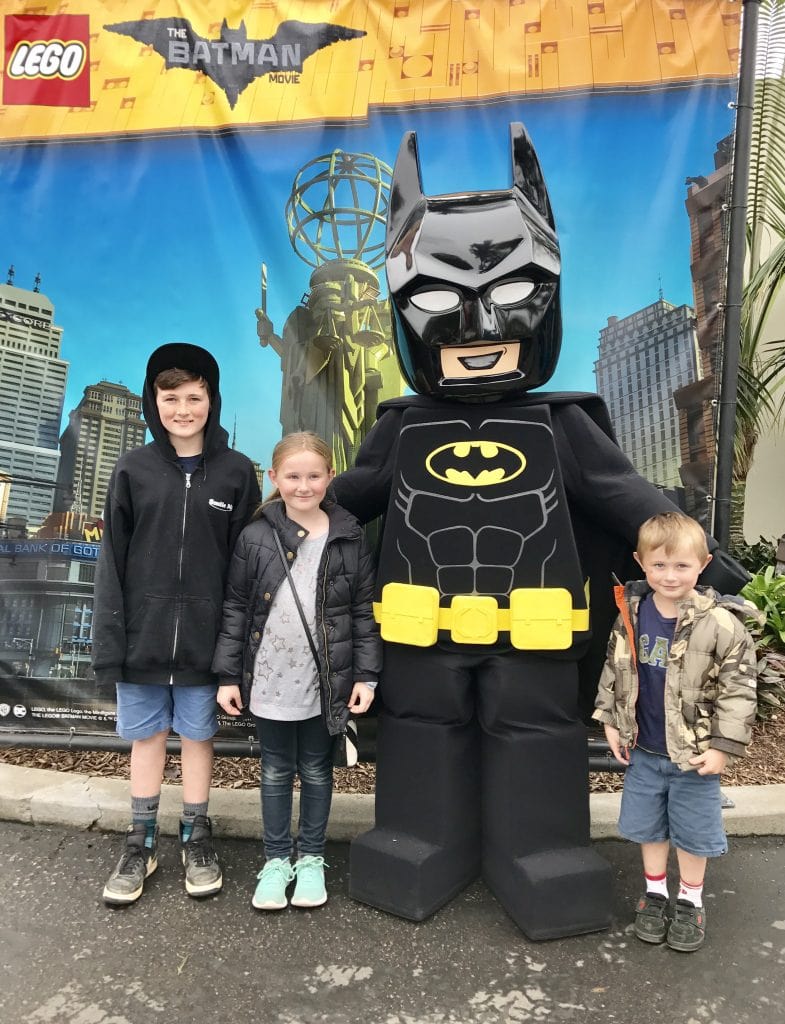 There were lots of times throughout the day when you could take your picture with LEGO Batman.  My youngest was in shock.  “I didn’t know that LEGO Batman was real!” he kept repeating.  It was worth the whole trip just to hear that. 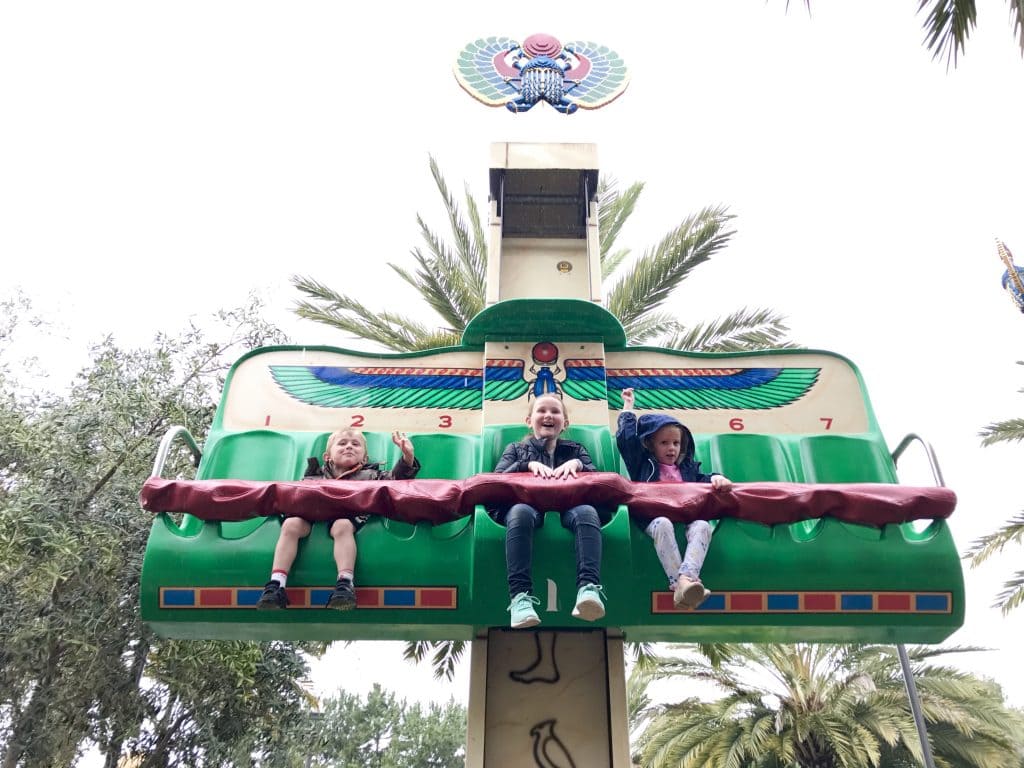 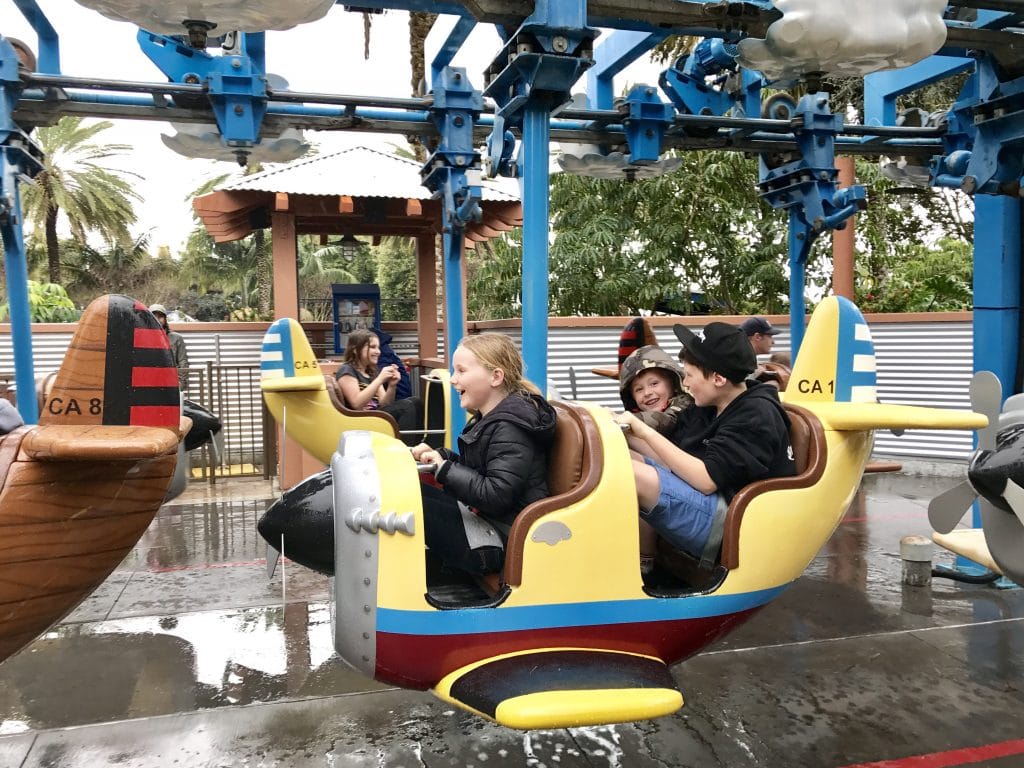 After the LEGO Batman events we went on some of our favorite rides.  We lucked out because it was a cloudy day with very light sprinkles, so we walked onto practically every ride!  The kids couldn’t believe their luck.  We went on every single ride they wanted to and still had plenty of time for repeating their favorites! 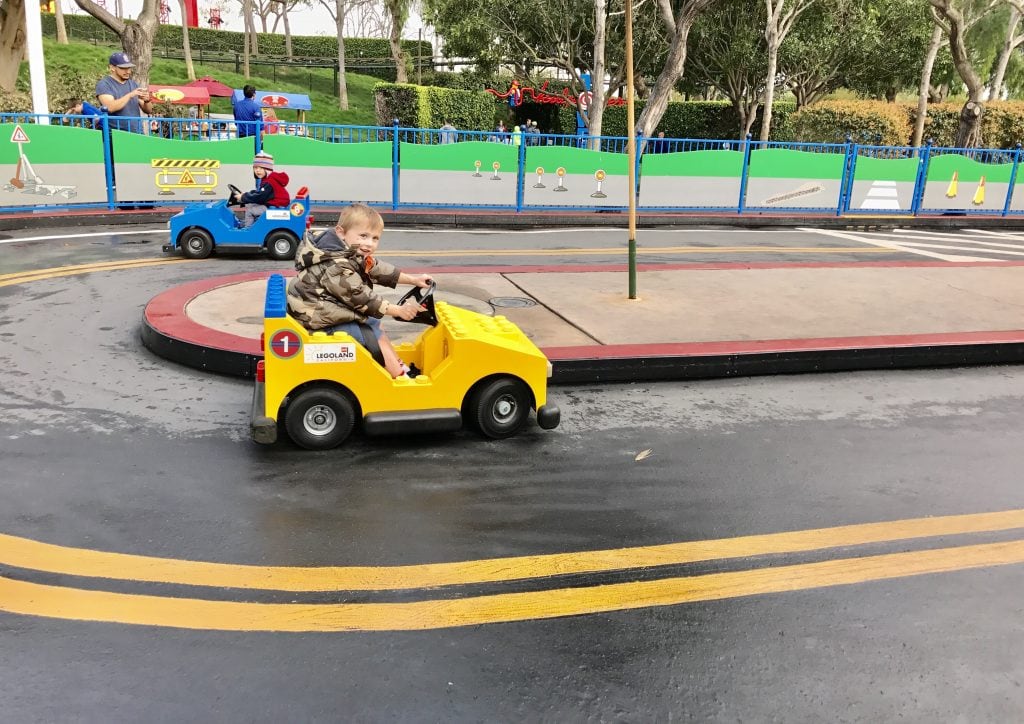 It was also my little guy’s first time to drive a car, which was pretty hilarious to watch.  He was all over the place (as seen driving on the wrong side of the street above) and had to be rescued a few times, but he had a HUGE smile on his face the whole time! 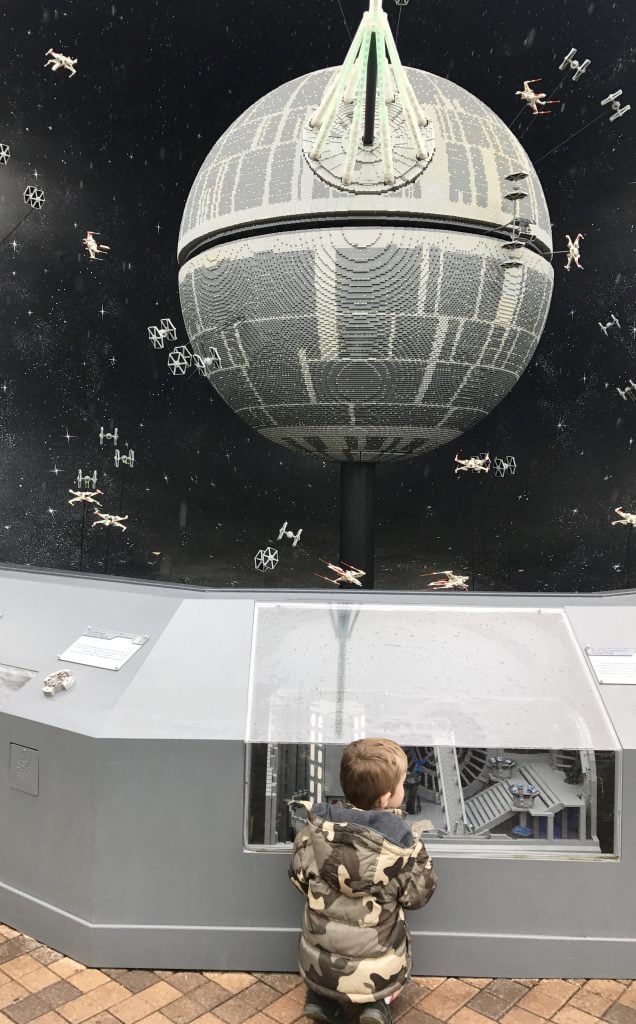 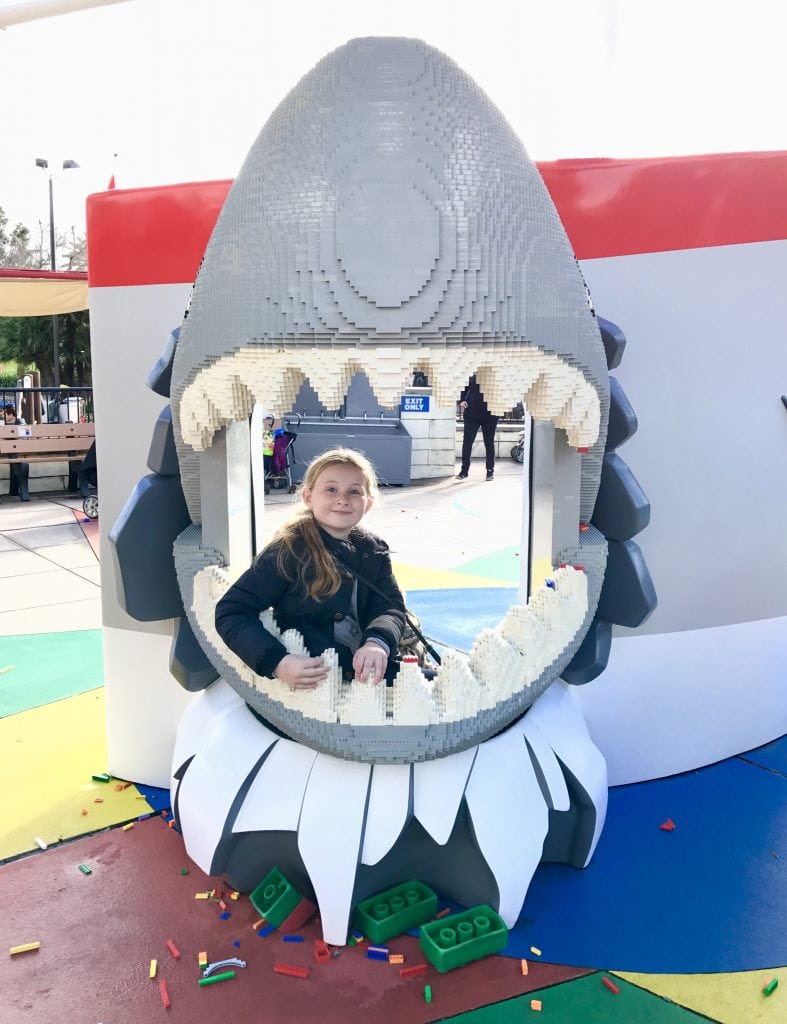 We had such a wonderful time at LEGOLAND (as always), and my little guys are already asking when we can go back again.

This weekend is the second and LAST weekend of LEGO Batman Movie Days, so if you’ve got a little caped crusader, be sure to head on over to LEGOLAND California on February 25 or 26 for the fun.  If your kids are anything like mine, they’ll be talking about their adventures for days after you get home.