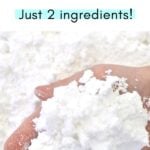 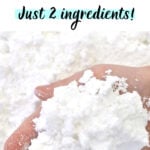 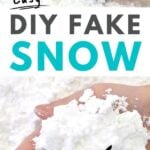 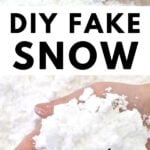 Learn how to make fake snow that is cold to the touch using just 2 ingredients you already have!  Kids love playing with this DIY snow that feels SO real!

Living in Southern California means that my kids don’t get to experience snow.  They don’t know what it’s like to dig their fingers in cool, freshly fallen crisp snow and form a snowball or make a snowman. 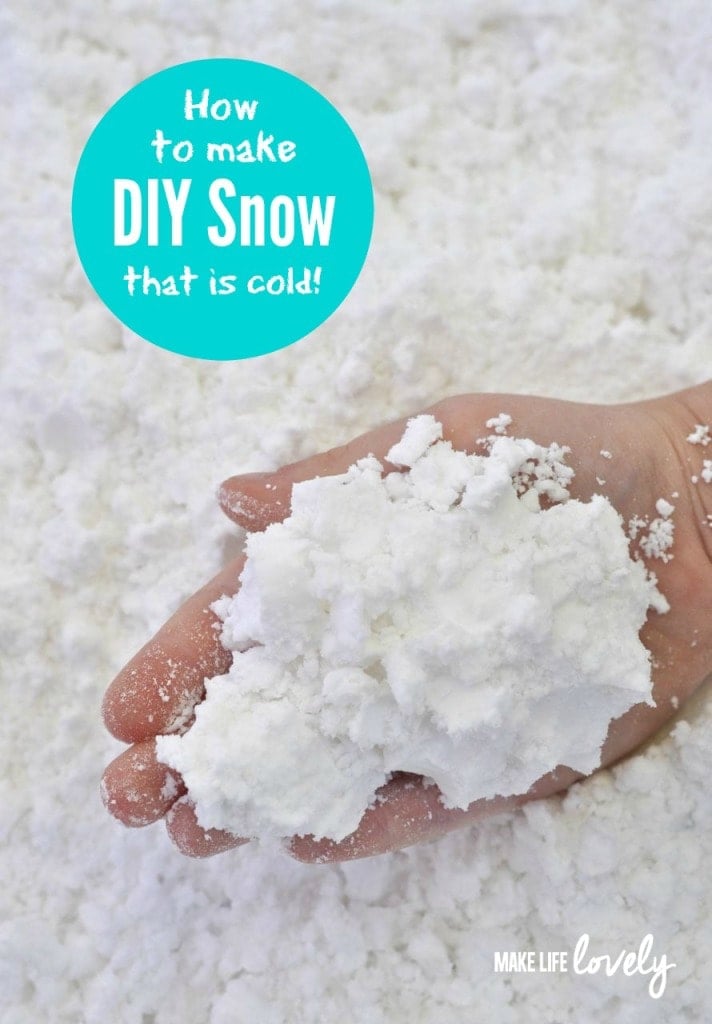 I wanted my kids to have a taste of what snow feels like, so I created some DIY fake snow that feels just like the real thing!

It’s surprisingly easy to make snow at home that-

Today I’m going to show you how to make fake snow with baking soda and shaving cream.  Seriously!! 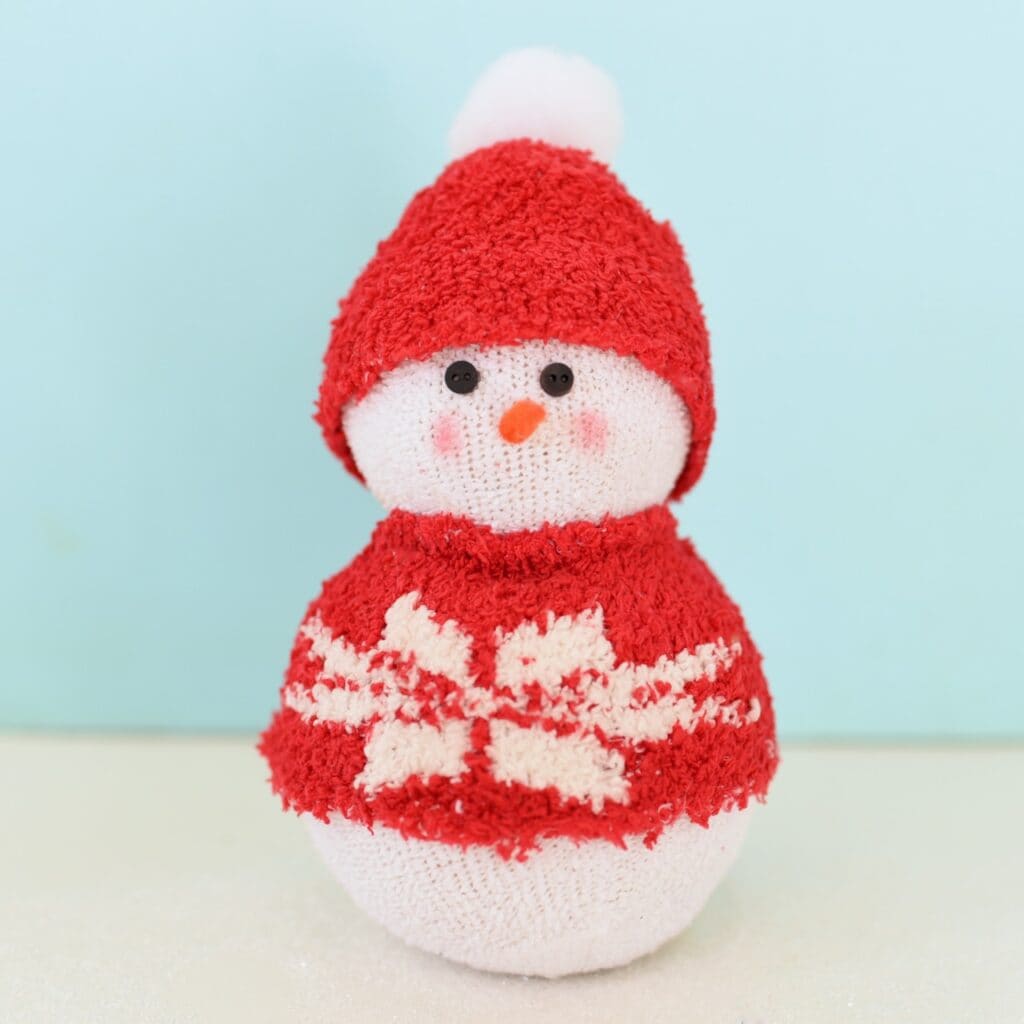 This sock snowman made from a men’s sock goes perfect with the snow and takes only 10 minutes to make.

How to Make Snow Video

Watch the video below to see how easy it is to make your own snow without having to deal with freezing cold weather.

Your kiddos are going to love this! 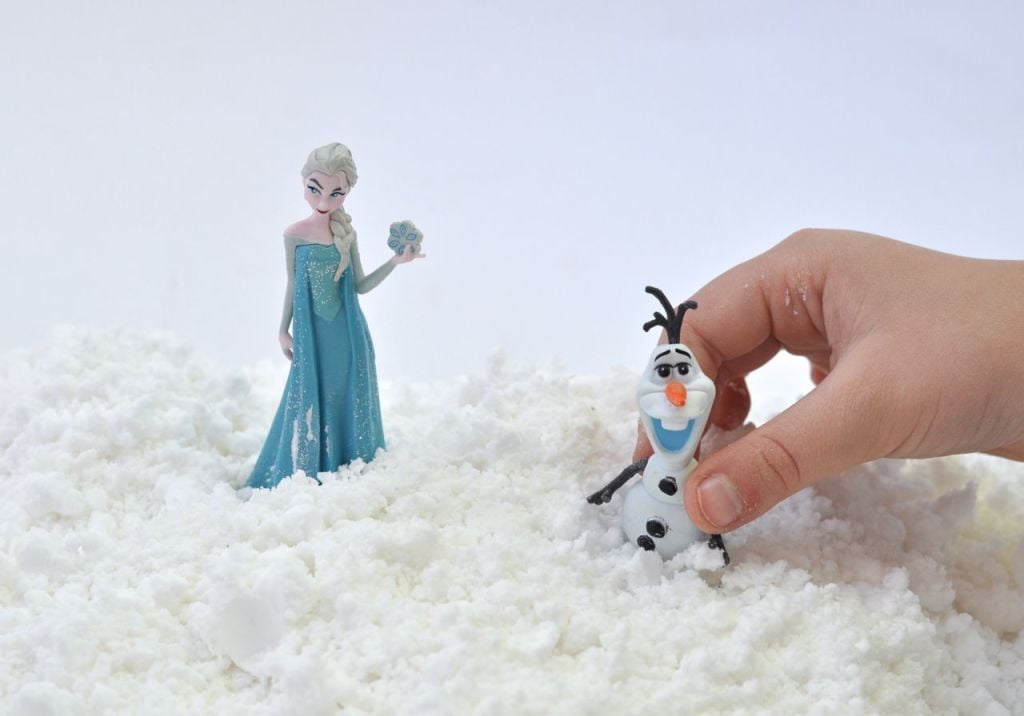 How to Make Fake Snow

Pour the baking soda into a plastic container with a lid.

Add some shaving cream, and knead it into the baking soda.

Add more shaving cream, mix, and repeat, until the mixture is the consistency of snow.

The DIY fake snow become light and powdery, and will leave very little residue on your hands when fully mixed. 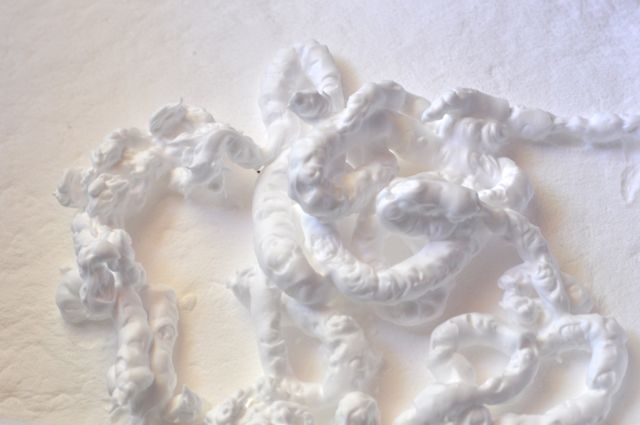 It took me about 10 minutes to mix it all in with my hands, partly because the kids were really excited to “help” me mix. 😉 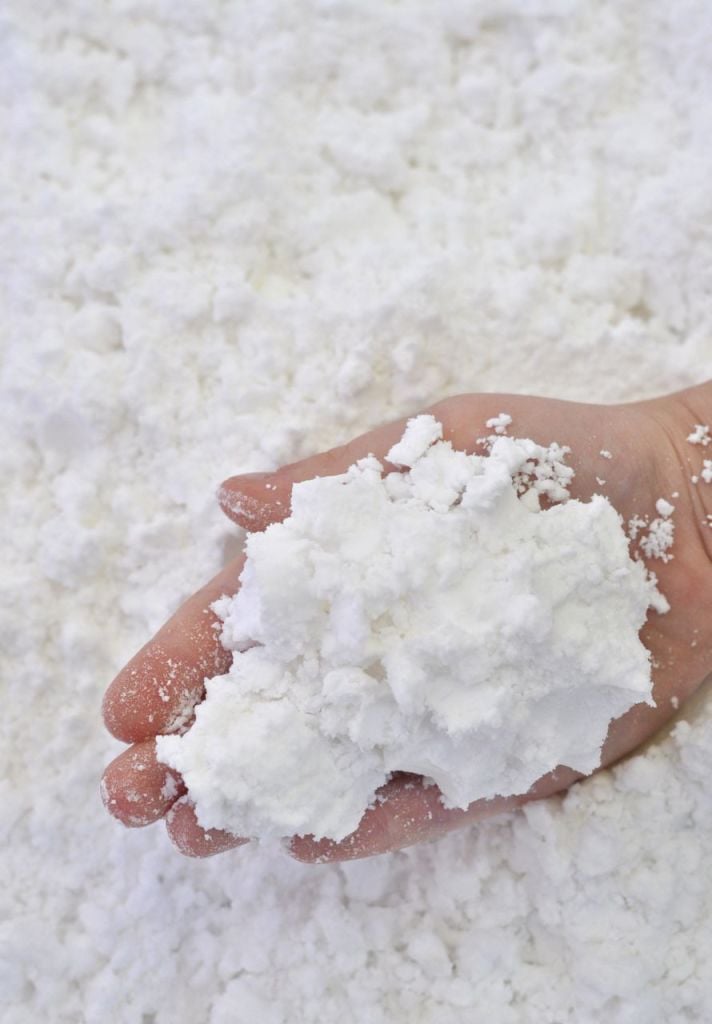 I used one full can of shaving cream, plus a small amount of another can, but this will depend on the size of the can that you use.

Our shaving cream scent was called “Arctic Snow,” which was perfect for this project!

Our DIY snow smelled amazingly brisk and cool due the shaving cream scent.

It was a nice surprise that our fake snow felt cold to the touch.

I’m not sure why the mixture is cold, but it definitely makes it more realistic, and even more magical! 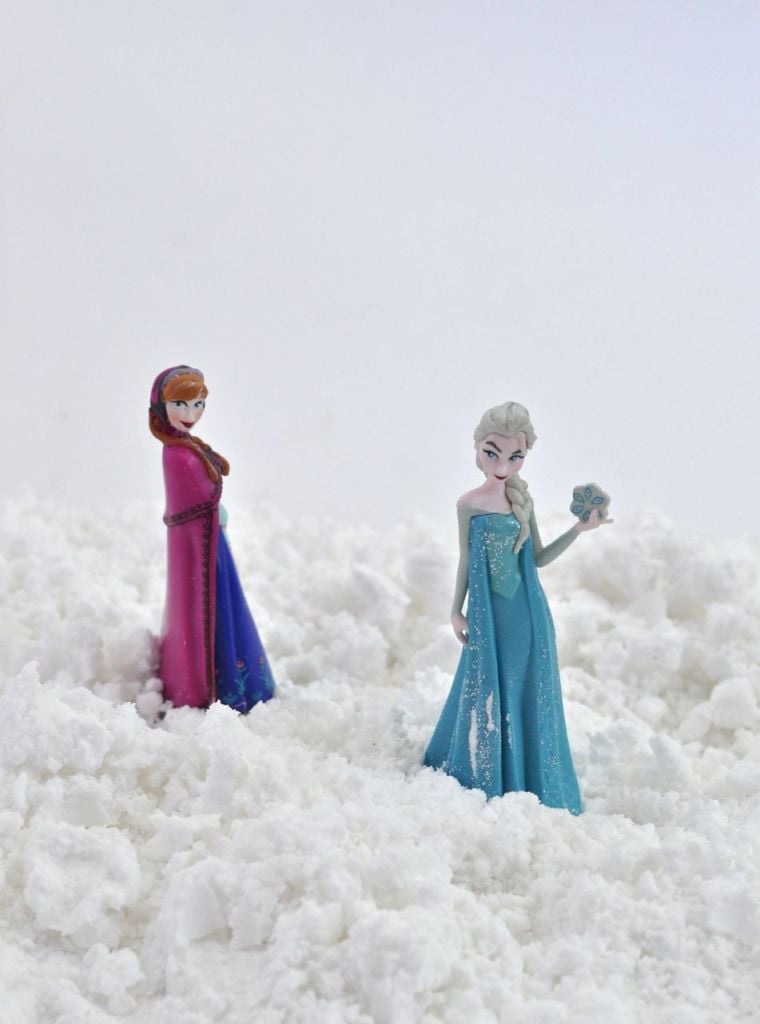 To add to the magic, I just couldn’t resist adding Anna, Elsa, Olaf, Christoff, and Sven to our DIY fake snow.

The kids were all playing peacefully together with the snow for HOURS, which was really nice. 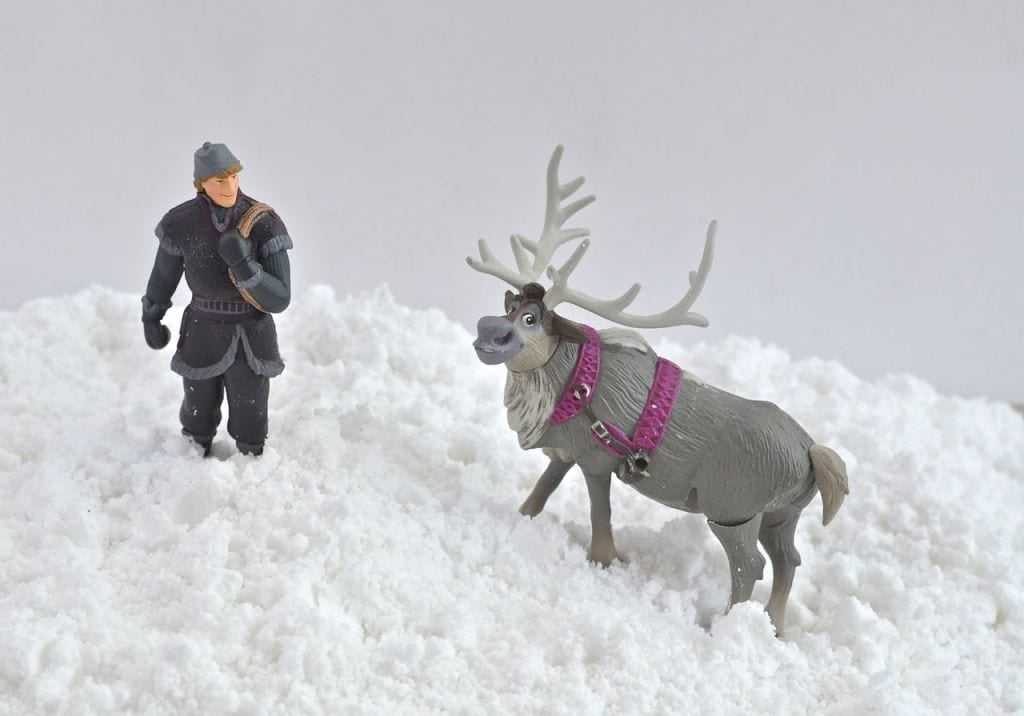 My kids took turn playing the different Frozen characters, and then made their own little snowmen complete with stick arms and tiny pebble eyes.

Our fake snow came together just like real snow when pressed.

My kids were so enchanted with their cold, fresh-smelling snow, and to be honest, so was I.

I played right alongside them for a while, digging my fingers into the cool powder.

It was very therapeutic!

How to Store the Fake Snow

I let the kids mix up the snow in a plastic container with a lid.

After my kids are done playing with the snow, I just put the lid on top and put it somewhere out of the reach of my kids until next play time.

Would you ever have believed that it was so easy to make fake snow?

I truly hope you enjoyed this how to make snow tutorial! 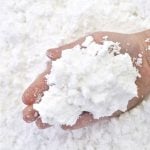 How to Make Snow

This tutorial was originally posted in April 2015 and was updated in August 2021.