Isn’t it frustrating to spend $50+ for a good bra, only to have the underwire poke through, stabbing you with every move you make?  Ugh.  I finally got smart and figured out how to fix a broken underwire bra myself.

In the past, I’ve thrown away these bras without a second thought, thinking that was the end of the bra. Wrong!  Today I’m going to share my simple solution with you. 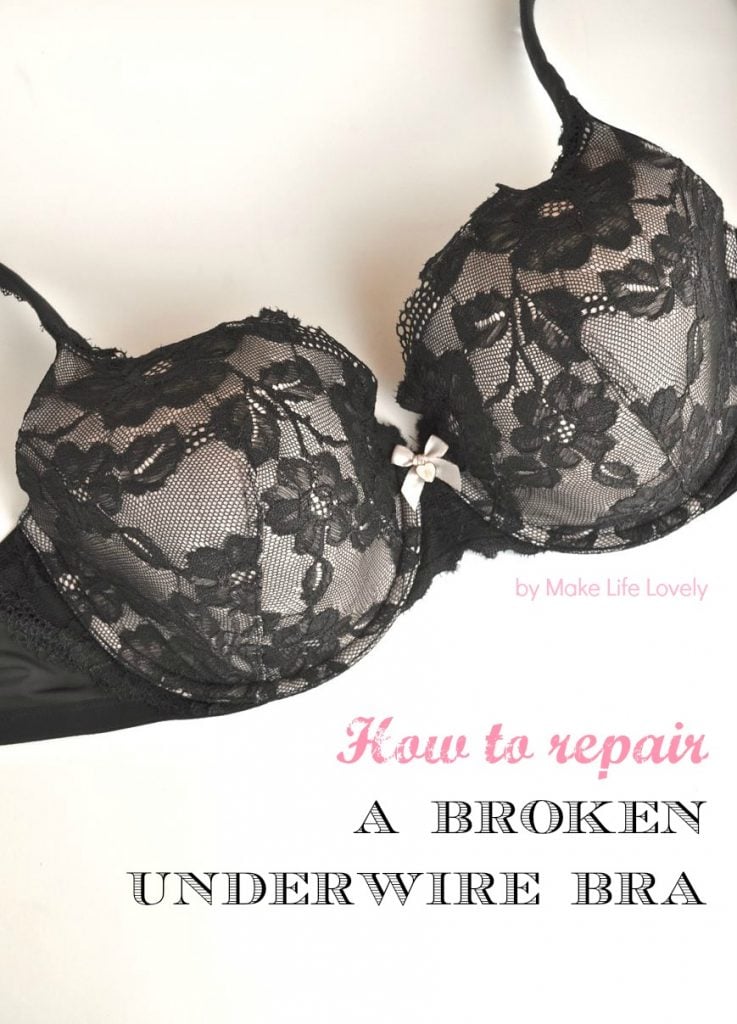 I spent about 5 minutes to fix my broken underwire bra that this recently happened to, and now it’s back in business.  So much better than throwing it out! 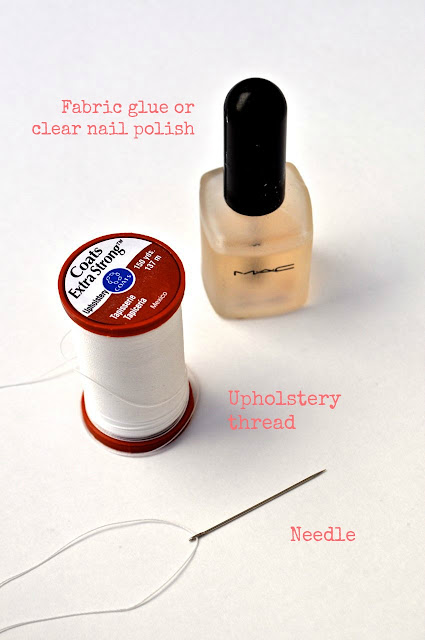 I bought upholstery thread at Joanns for around $2 (regular price is around $3, and I used a 40% off coupon).  You can find it with the regular thread.

I used the upholstery thread because it’s much much thicker and stronger than regular thread, and I only want to have to repair this bra once.

How to Fix a Broken Underwire Bra 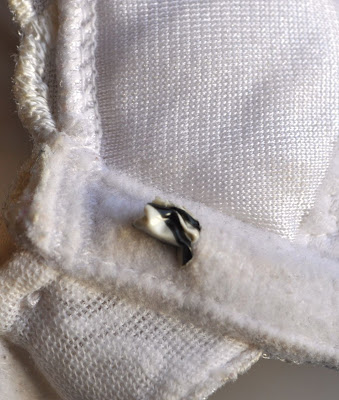 Step 1.  Pull out the underwire a little bit through the hole it is poking through.  Use a tiny piece of duck tape to cover up the sharp end of the metal underwire, so it will be more difficult for it to poke through again. 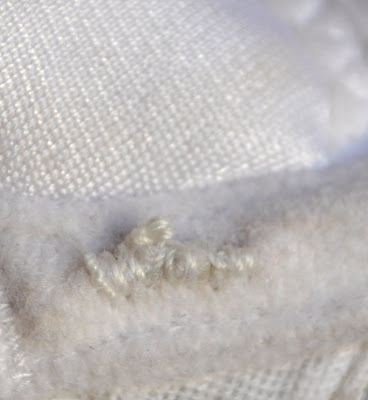 Step 2.  Thread your needle with upholstery thread.  Start stitching under the hole, and all the way up and over the hole.

I used more stitches than I probably needed to, but I’d rather do a really good job once than have to do this multiple times.

I stitched under the wire, and then up and over.  Tie a knot at the end when you are finished. 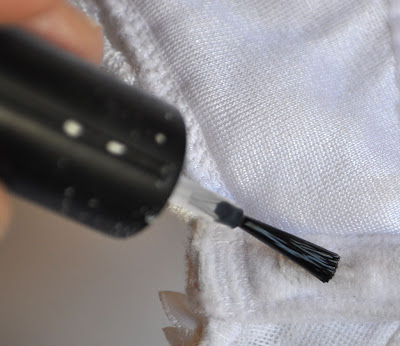 Step 3.  Apply some fabric glue or clear nail polish over the entire stitched surface.  This will give the thin material some extra protection from the wire poking through again. 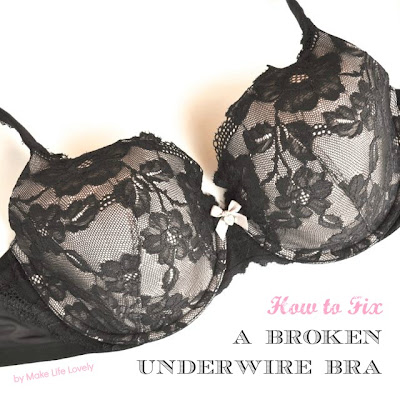 I told you I would show you how to fix a broken underwire bra quickly and easily!  Definitely worth saving $50 for 5 minutes of easy work, don’t you think?

I fixed my bra and it’s working just like before- no sharp stabbing for me!

Let me know if you give this a try, and pin this how to fix a broken underwire bra tutorial for when this inevitably happens to you. 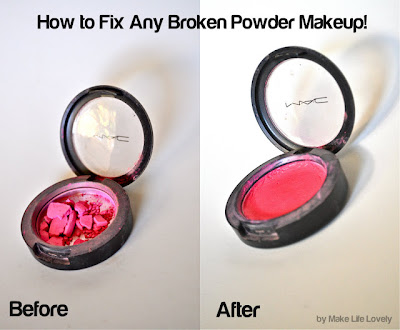 Learn how to fix any broken powder makeup in just a few minutes with an ingredient you already have.  You’ll be shocked at how well this works!