Want to learn how to make a marshmallow snowman?  Then you’ve come to the right place!

I had the cutest red and white striped straws that were just begging to be used (left over from this Very Hungry Caterpillar baby shower).  I decided we would make some marshmallow snowman on a stick, since I had just bought tons of marshmallows and lots of chocolate candy for Christmas. 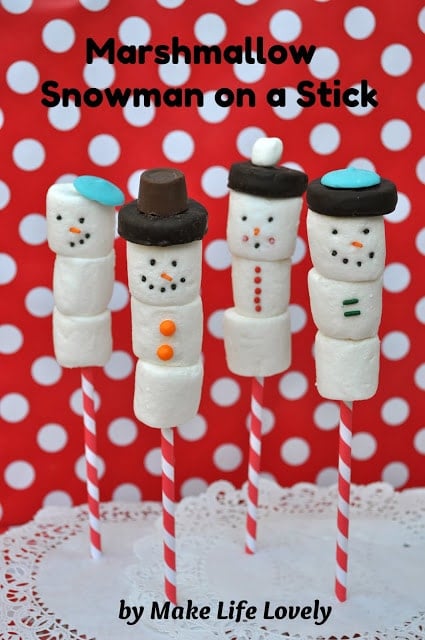 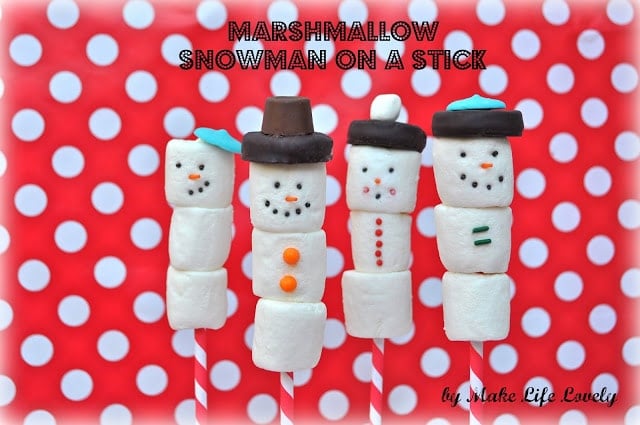 These little cuties were so fun and easy to make, and the kids had a great time getting creative and making their own little snowmen.  These snowmen would be cute favors for a Christmas party, or for your kids to give to friends.  I’m keeping ours so that when people stop by they can have one (if I can keep the kids away for that long). 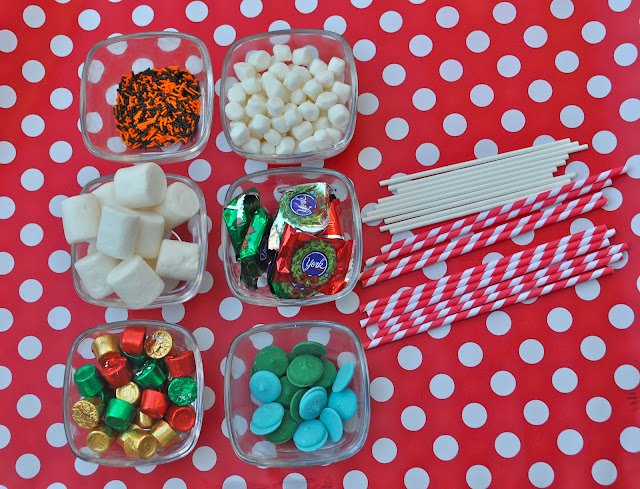 How to Make Marshmallow Snowmen

How to make the marshmallow snowman faces:

For the hats we used the Rolos and York chocolates, as well as the Wilton chocolate wafers for berets. Toothpicks worked well to stick the hat pieces into the marshmallow head.

How to make the marshmallow snowman bodies:

Poke the straw through two large marshmallows for the body, and then carefully stick on the head.  Use sprinkles or other small candies to make buttons or any other decorations for the bodies.

Here are a few of the marshmallow snowman that I made.  Love those little faces!  I even made a reindeer one with pretzel antlers.

My kids made these snowmen.  They turned out soooooo cute, I almost didn’t let them eat them!  The kids were so proud of their snowmen, too, and even named them and made up little stories about them.

In the top picture, the first snowman, made by my four-year-old, has on “headband warmers,” aka earmuffs (can you tell we don’t live near snow?).

The second snowman has little pretzel glasses on, and the fourth snowman is Abraham Lincoln with his chocolate stovepipe hat and marshmallow beard.  Love it!!

The last little animal is a marshmallow hippo of course, straight from the song “I want a hippopotamus for Christmas…” 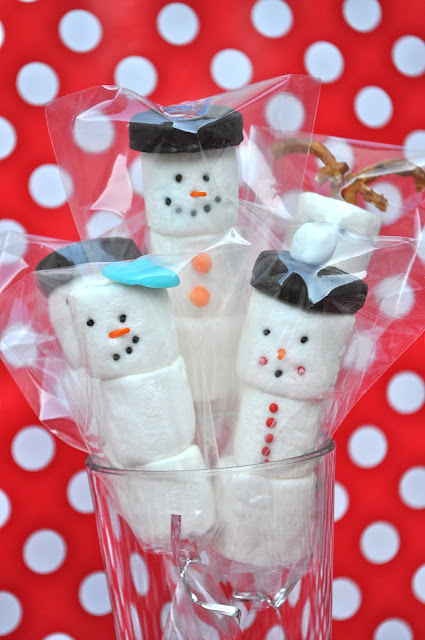 Here’s how the marshmallow snowman on a stick look all packaged up and ready to give away.  I placed them in long plastic pretzel bags.  They were the perfect size!

I hope you give this marshmallow snowman craft a try.  You can use whatever you have on hand and let your kids (and yourself) get creative.  They’ll love making each marshmallow snowman on a stick and getting creative with their cute little snowman faces.

What are your favorite holiday or Christmas treats to make with your kids?  Ours are Andes Mint cookies, chocolate no bake cookies, and Special K Bars.  Yum!!