Thank you to Collective Bias, Inc. and its advertiser for sponsoring this Root Beer Float Pie Recipe post. All opinions and ideas are always 100% my own.  #drinkTEN #CollectiveBias 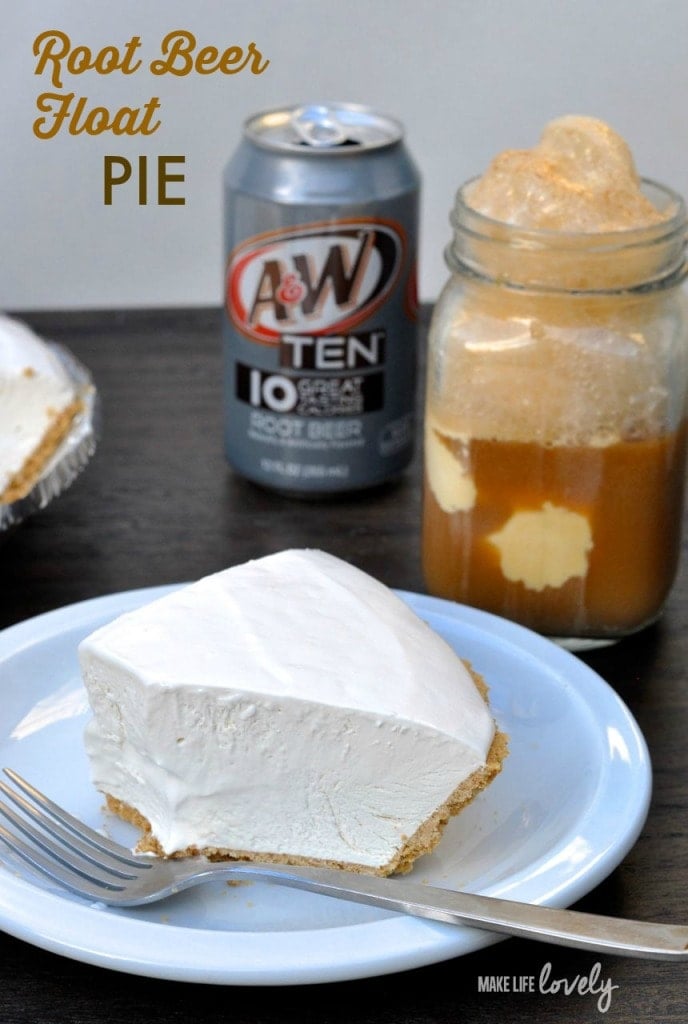 November is the month for pie, isn’t it?  Pumpkin, apple, pecan, and cherry might be the standard pies for this time of year, but why not try something different this year, like a root beer float pie?  In our family we love making (but especially eating) root beer floats, so I’ve combined all the delicious flavors that we love into a cold and refreshing A&W TEN root beer pie that tastes great! 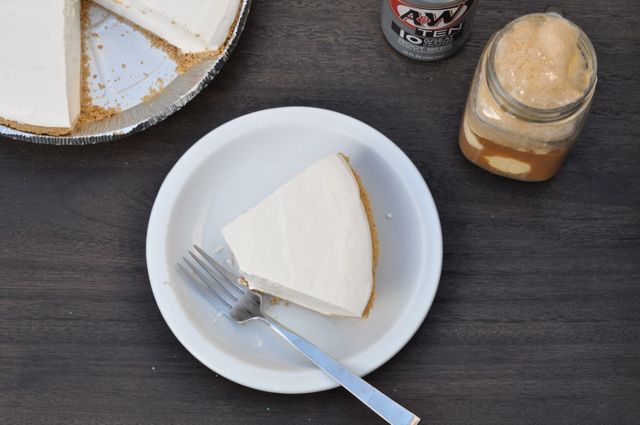 With the business of this time of the year, it’s nice to take a little break and make a treat for yourself, right?

This treat is indulgent, but I’ve substituted a few ingredients to cut some calories.  Instead of using ice cream as the base, I’ve started with some ice cream, but also some vanilla Greek yogurt and whipped topping for the base, to shave off some fat and calories. 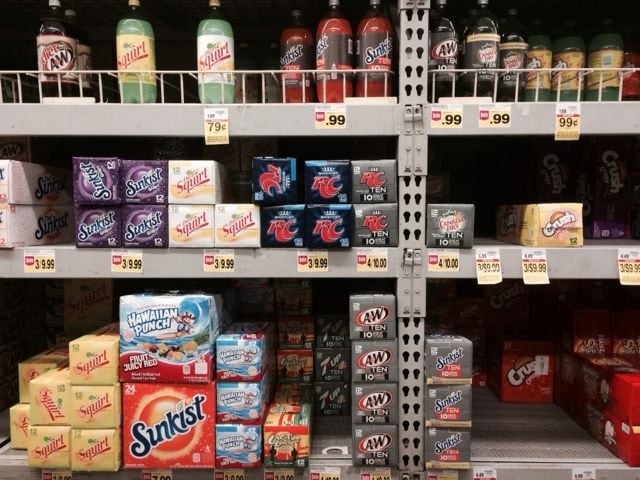 I also used A&W TEN root beer that I bought at Food 4 Less, and has only 10 calories per serving.  Now that’s a reason to celebrate!

UPDATE:  Wow, I’ve had an amazing response to this post (it’s been shared on Facebook over 10,000 times in the last week)- thank you!!  I wanted to answer a few questions I’ve received in the comments.

*  Where do I find root beer concentrate?  I found mine in the baking aise right next to the vanilla and other extracts. 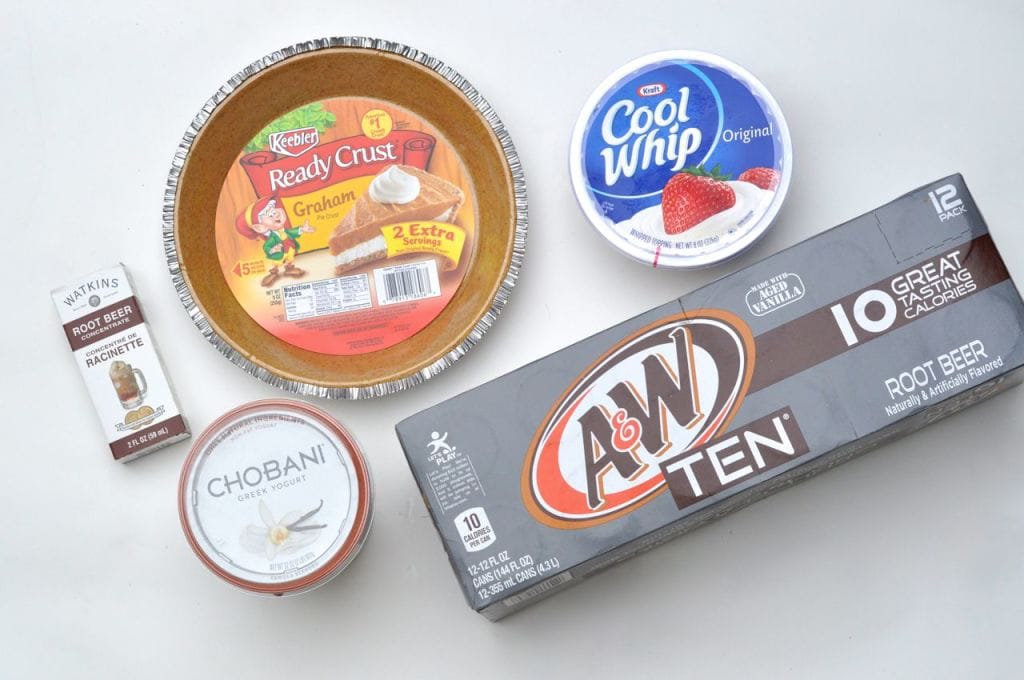 Mix the vanilla ice cream, the Greek yogurt, the root beer, sugar, and root beer concentrate all together until combined. 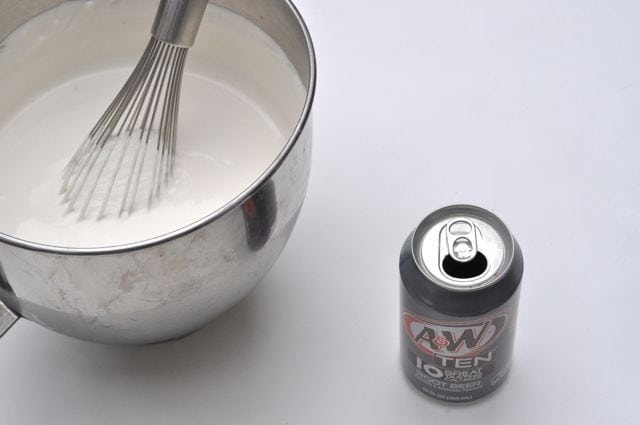 I used my Kitchen Aid for this part, which worked perfectly.

Gently fold in the 2 containers of whipped topping. 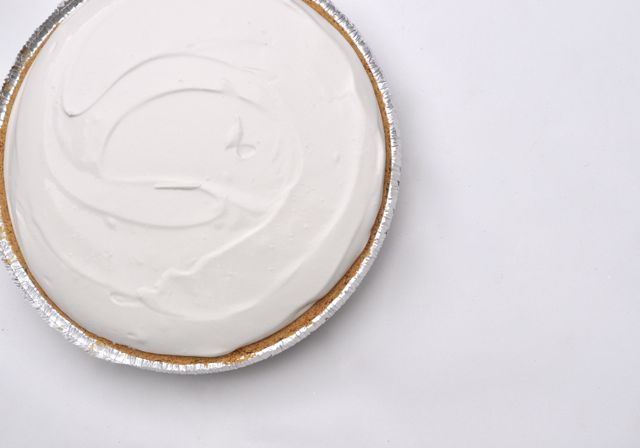 Pour into the pie crust, and freeze for 4 hours, or until frozen.  Remove just before serving. 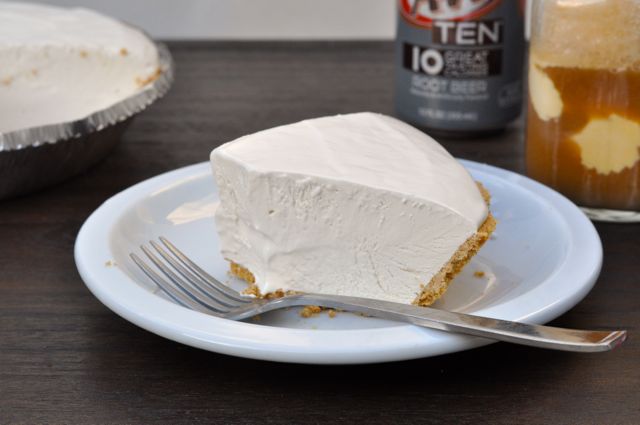 And now for the best part……

Here are a few more yummy treats that you’ll love… 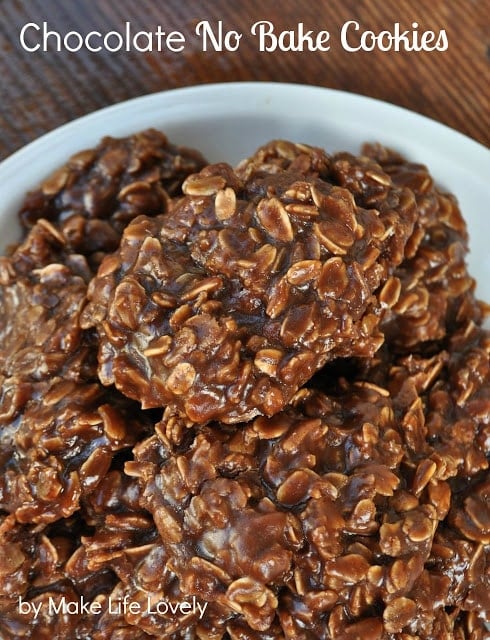 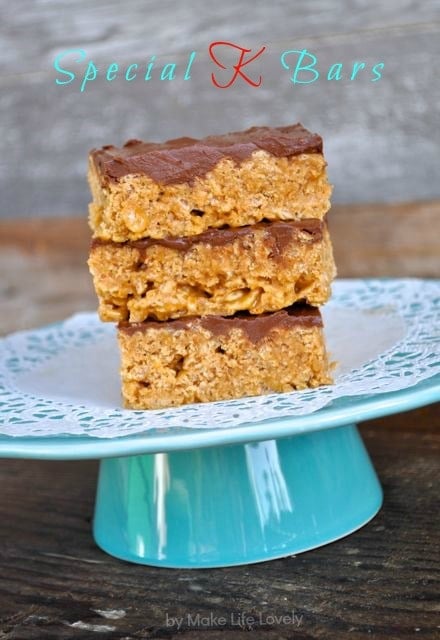 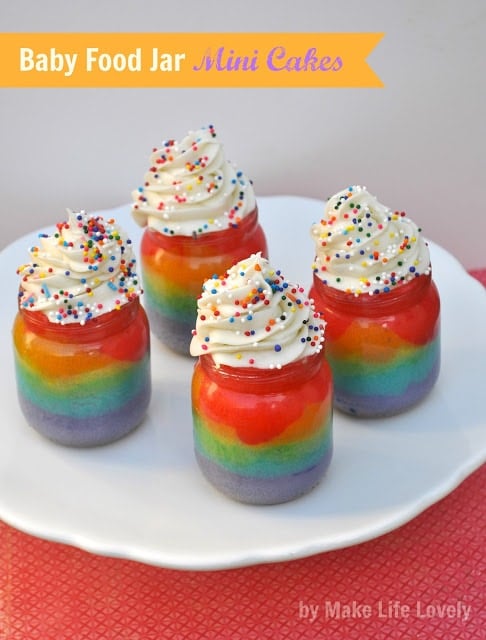