A big thank you to Disney, American Greetings, and Walmart for sponsoring my son’s Star Wars Rebels Party.  #BDayOnBudget #CollectiveBias

My son’s birthday is coming up in a few days, and because he’s such a Star Wars fan (like father like son), I decided to throw him a Star Wars Rebels party.  I’m so excited to share all of the fun details with you today! 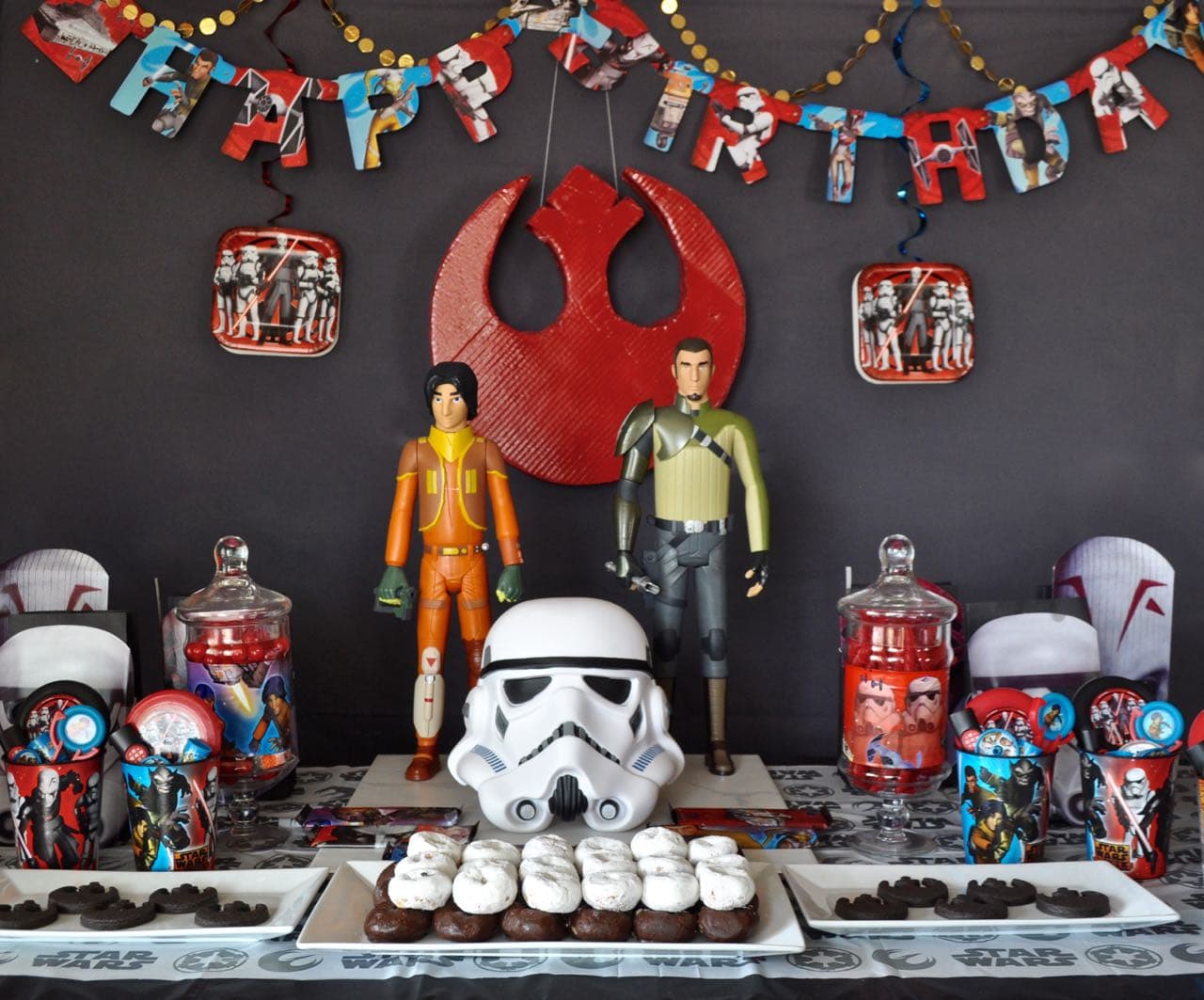 If you’re planning a party of any kind, I’ve got some great tips in this post on how to plan your party on a budget.  You don’t have to spend hundreds on a party to make it great. 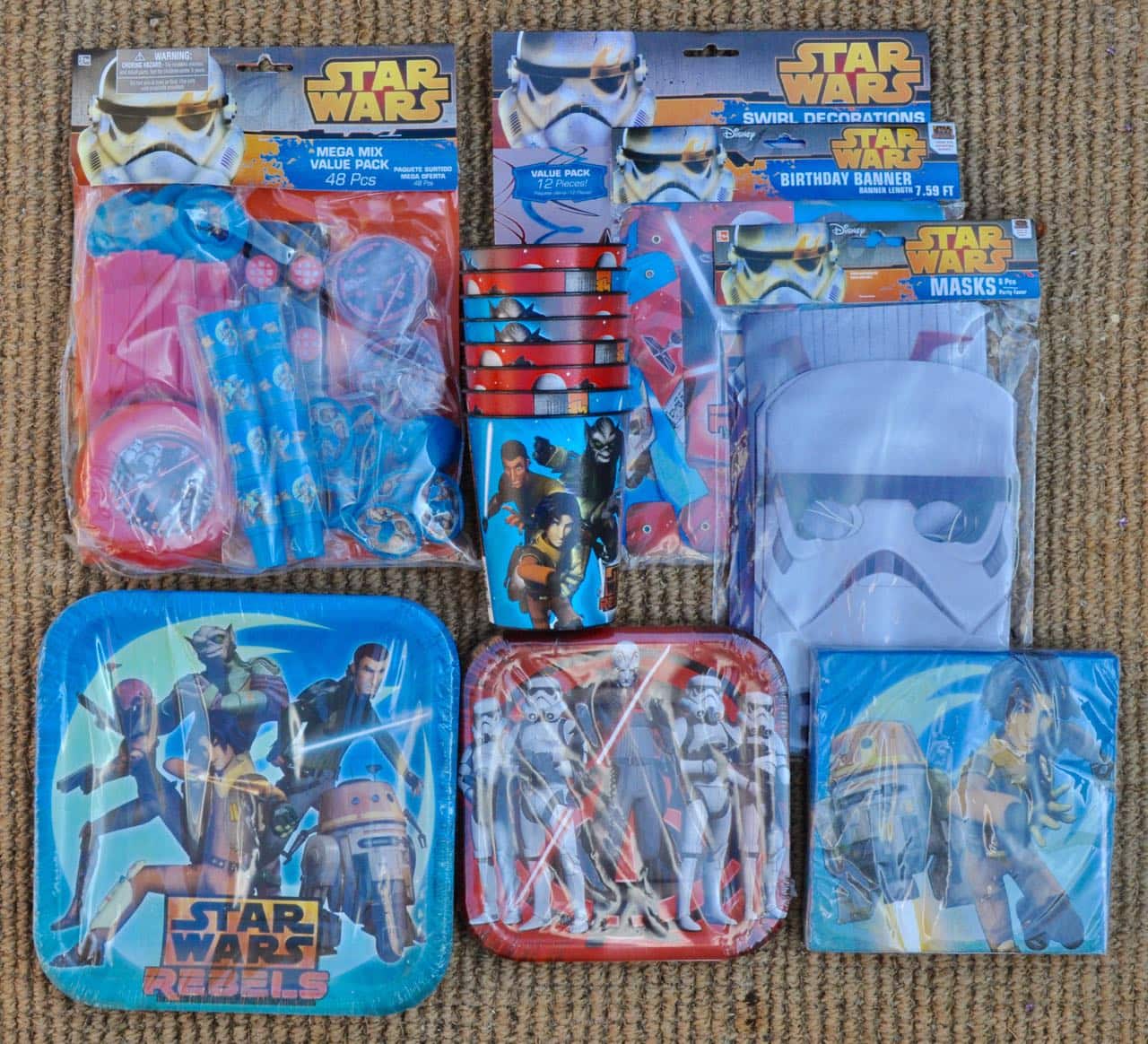 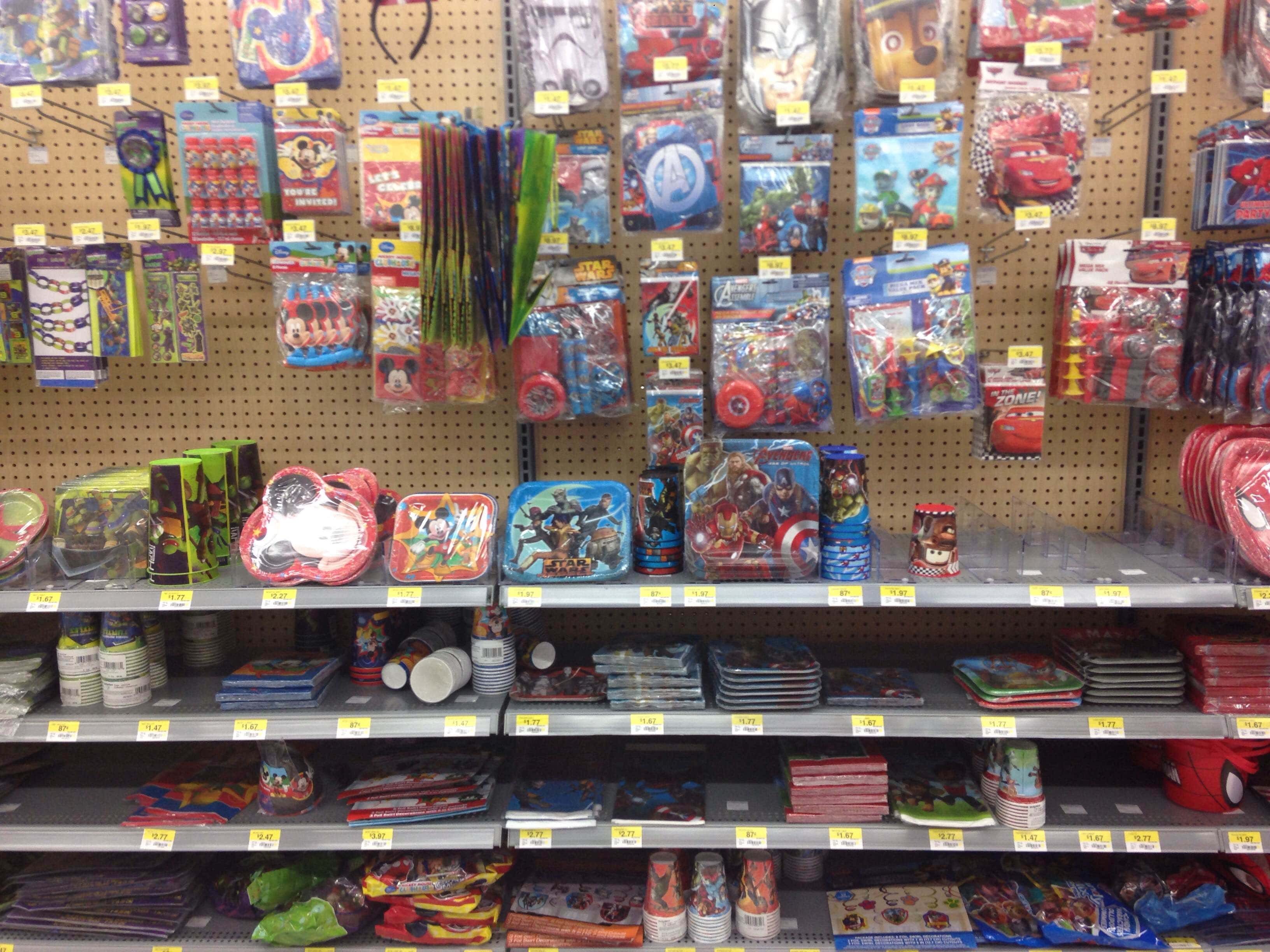 I picked up some awesome Star Wars Rebels supplies at Walmart by American Greetings that became the starting point for my party.  I love using supplies in unexpected and creative ways, and this party was no exception! 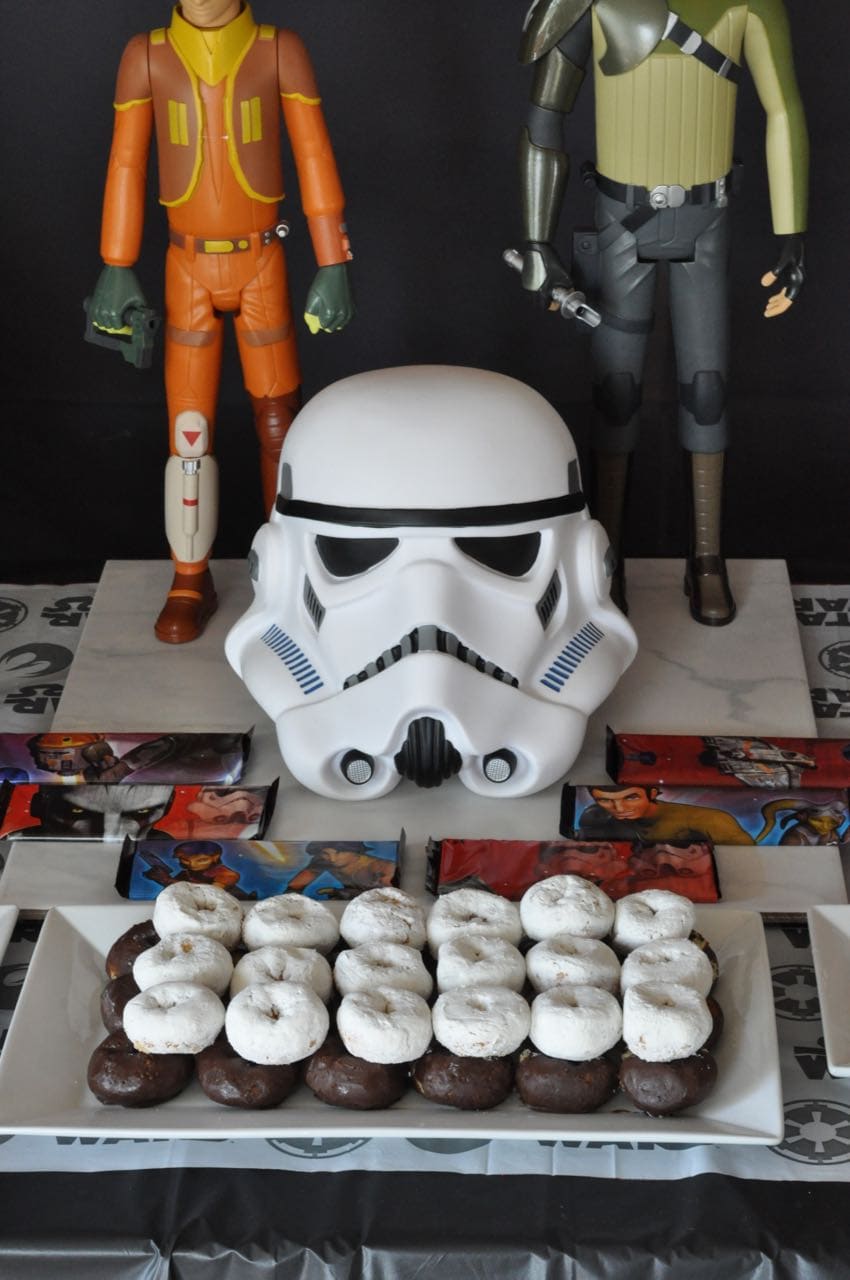 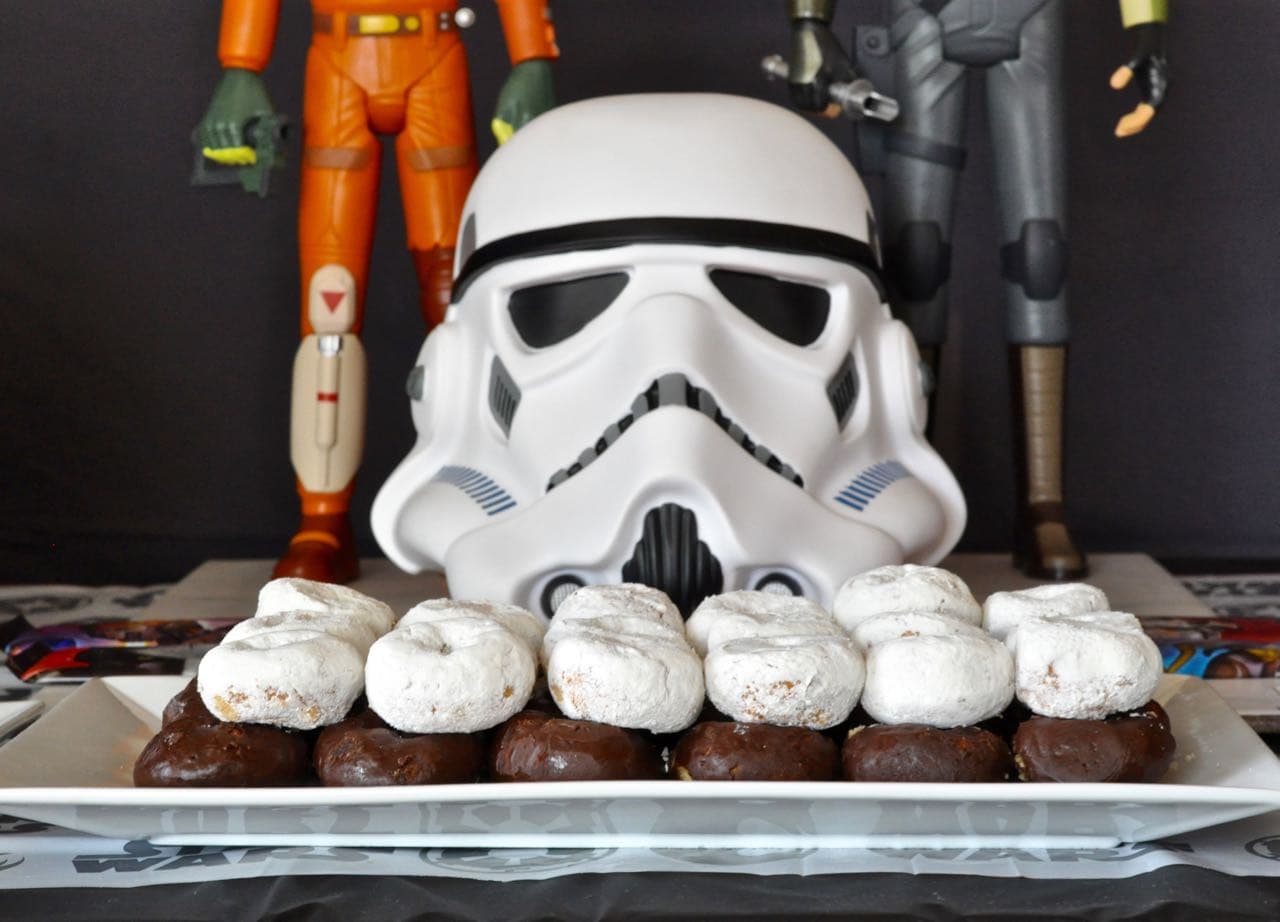 Next I used a marble tile and placed my son’s Storm Trooper bank on it that we bought from Disneyland a few months ago.  Behind the Storm Trooper head I placed large Ezra and Kanan figures.  I love the added effect they gave to the table. 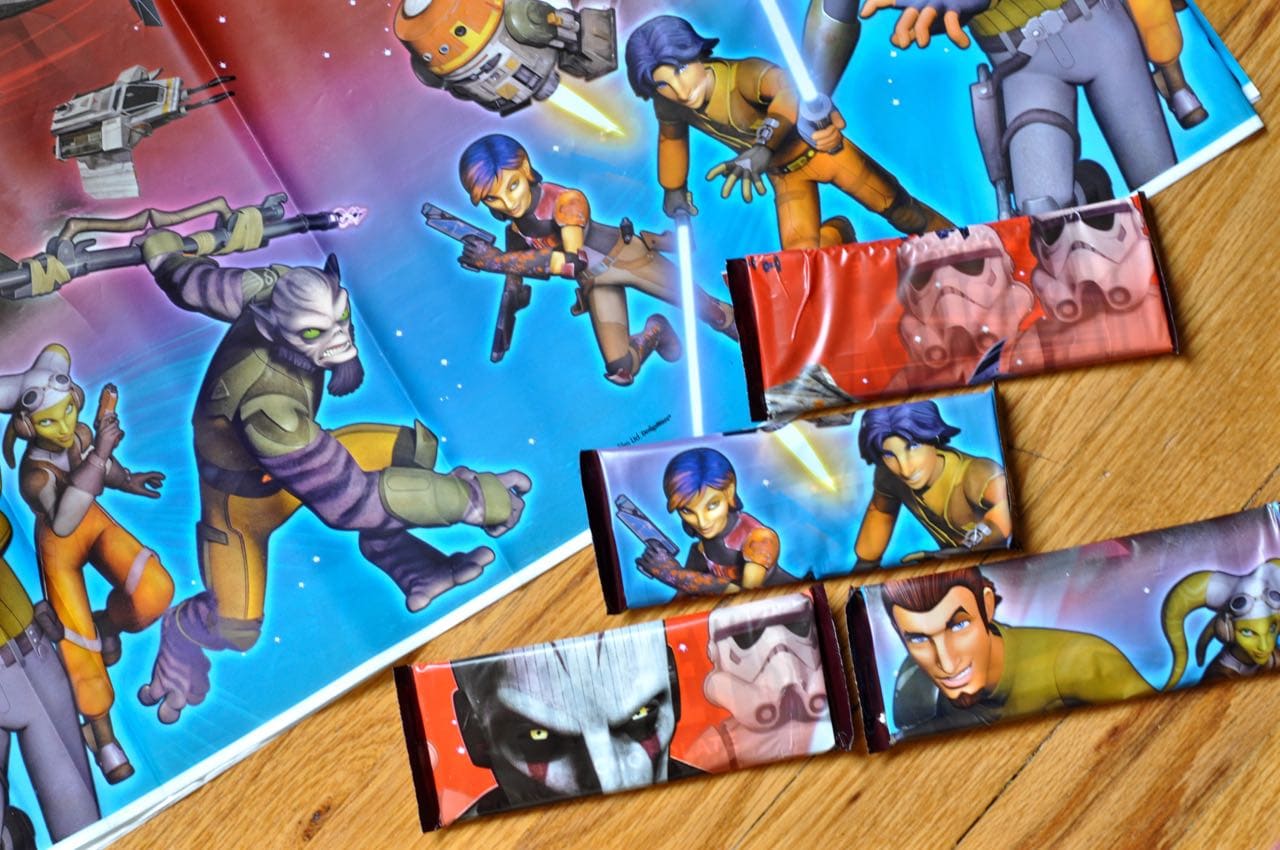 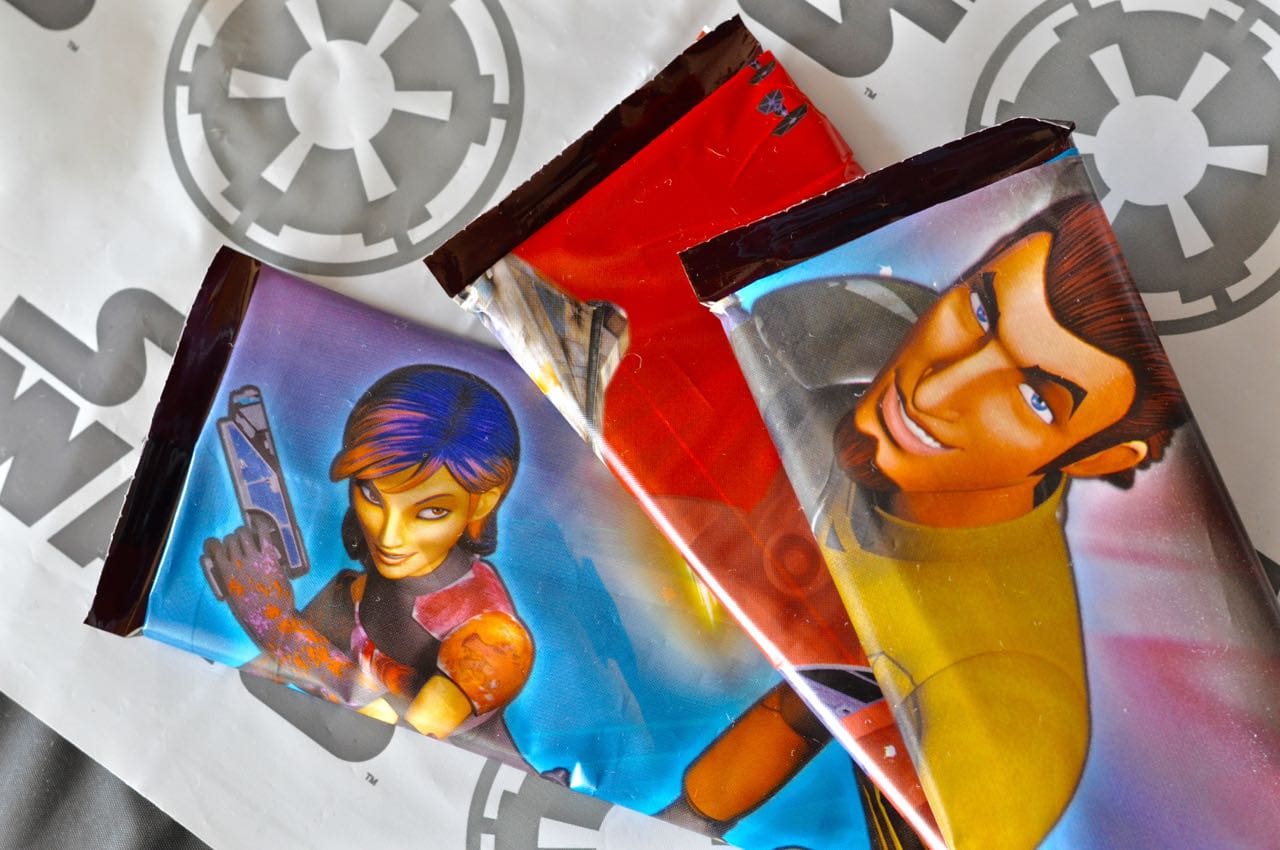 Remember the colored half of the tablecloth?  I cut some rectangles out of a piece of the leftover tablecloth, and taped them over some chocolate bars for awesome party favors. 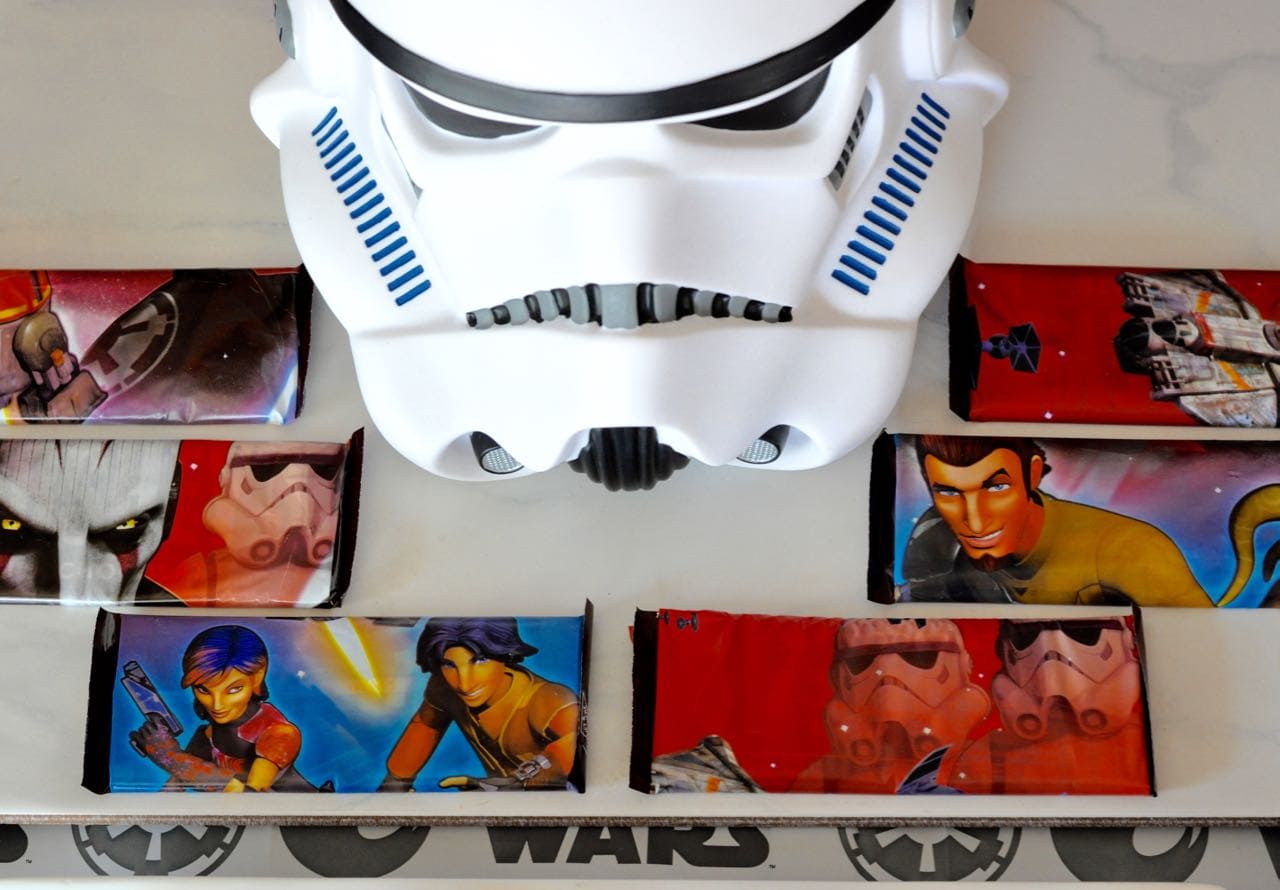 Aren’t they fun?  This is a great way to brighten up something simple and add to the theme of the party. 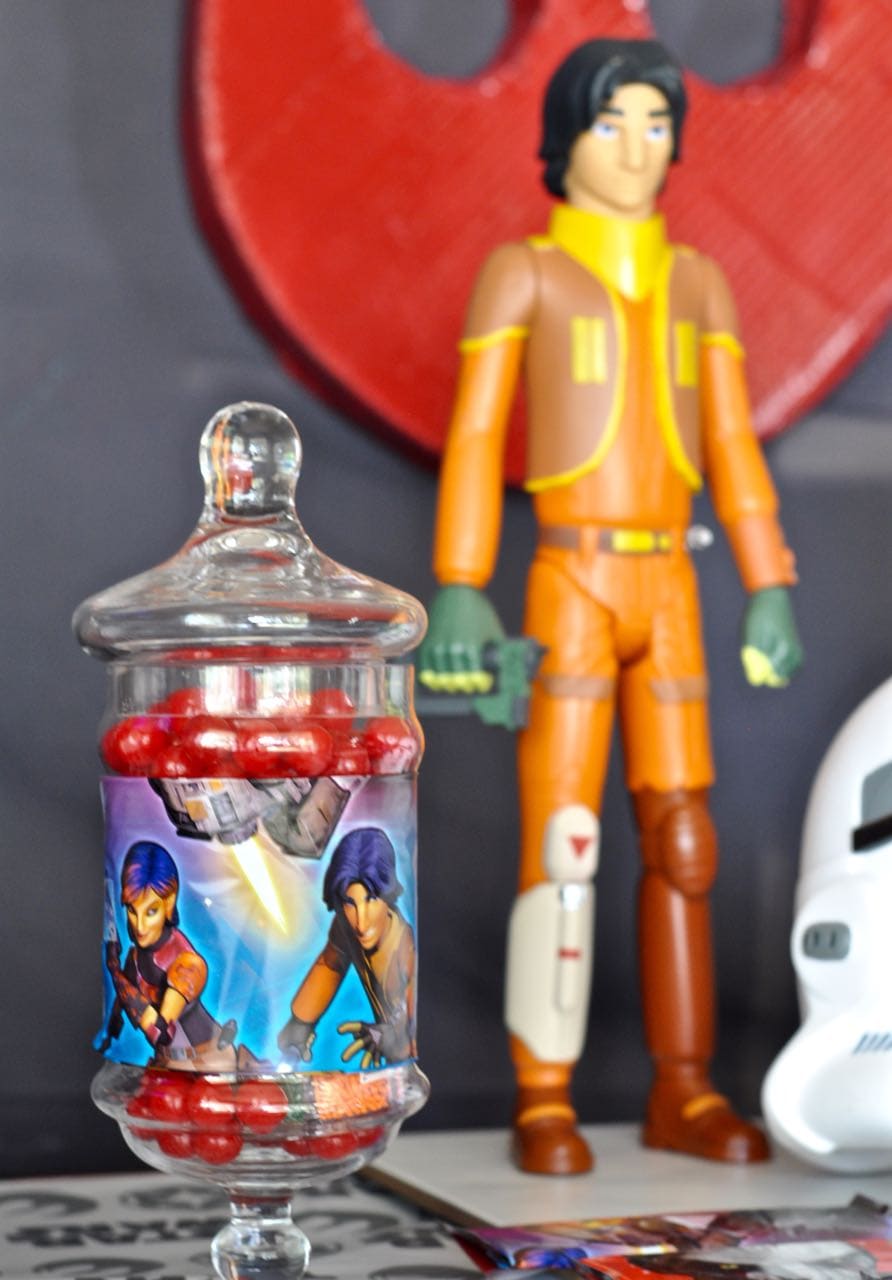 I also used two more pieces of the tablecloth to wrap around my glass apothecary jars that I filled with sour cherry balls and licorice.  So simple and easy! 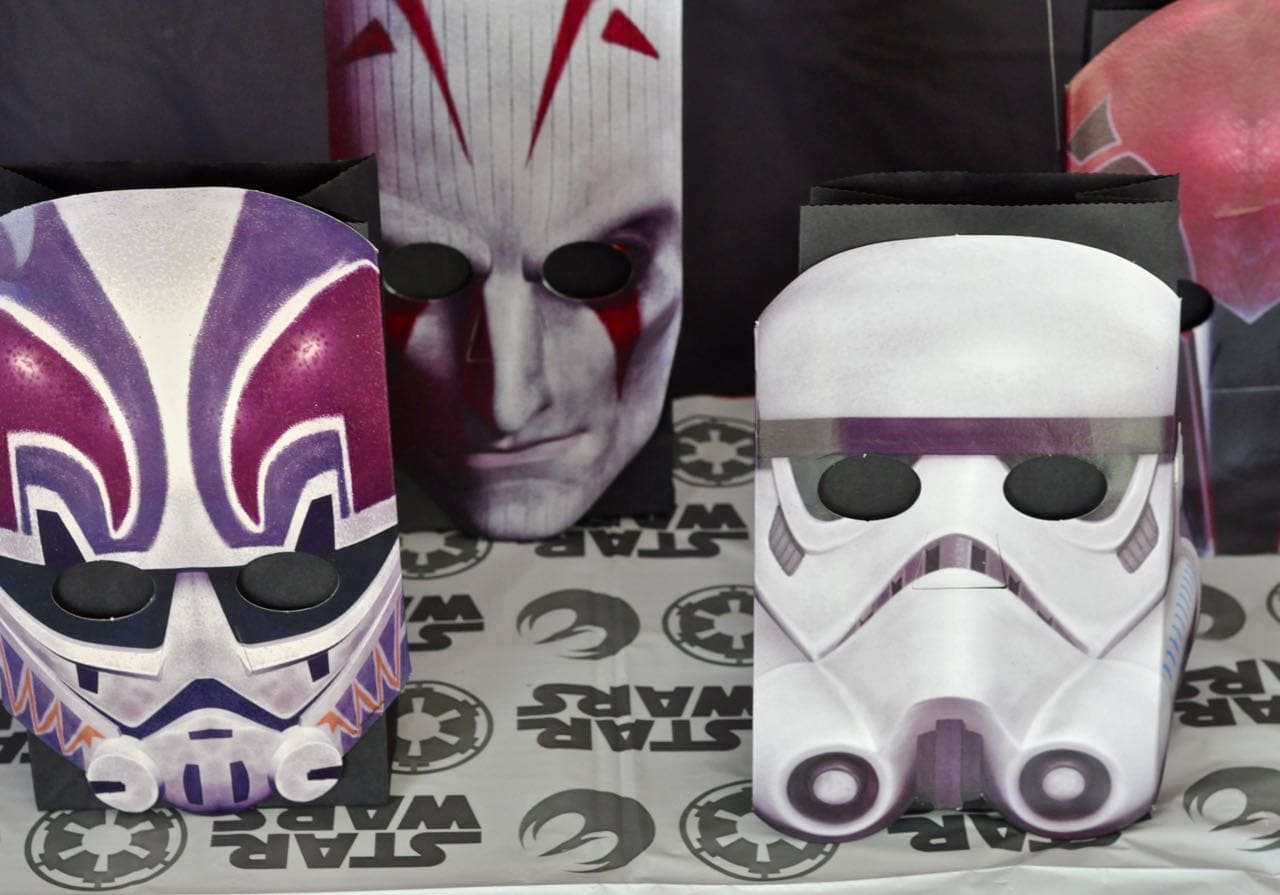 The cool Star Wars Rebels masks were a must-buy, and I placed them over some black paper sacks filled with treats for the kids.  This is another easy easy of using a favor as a decoration. 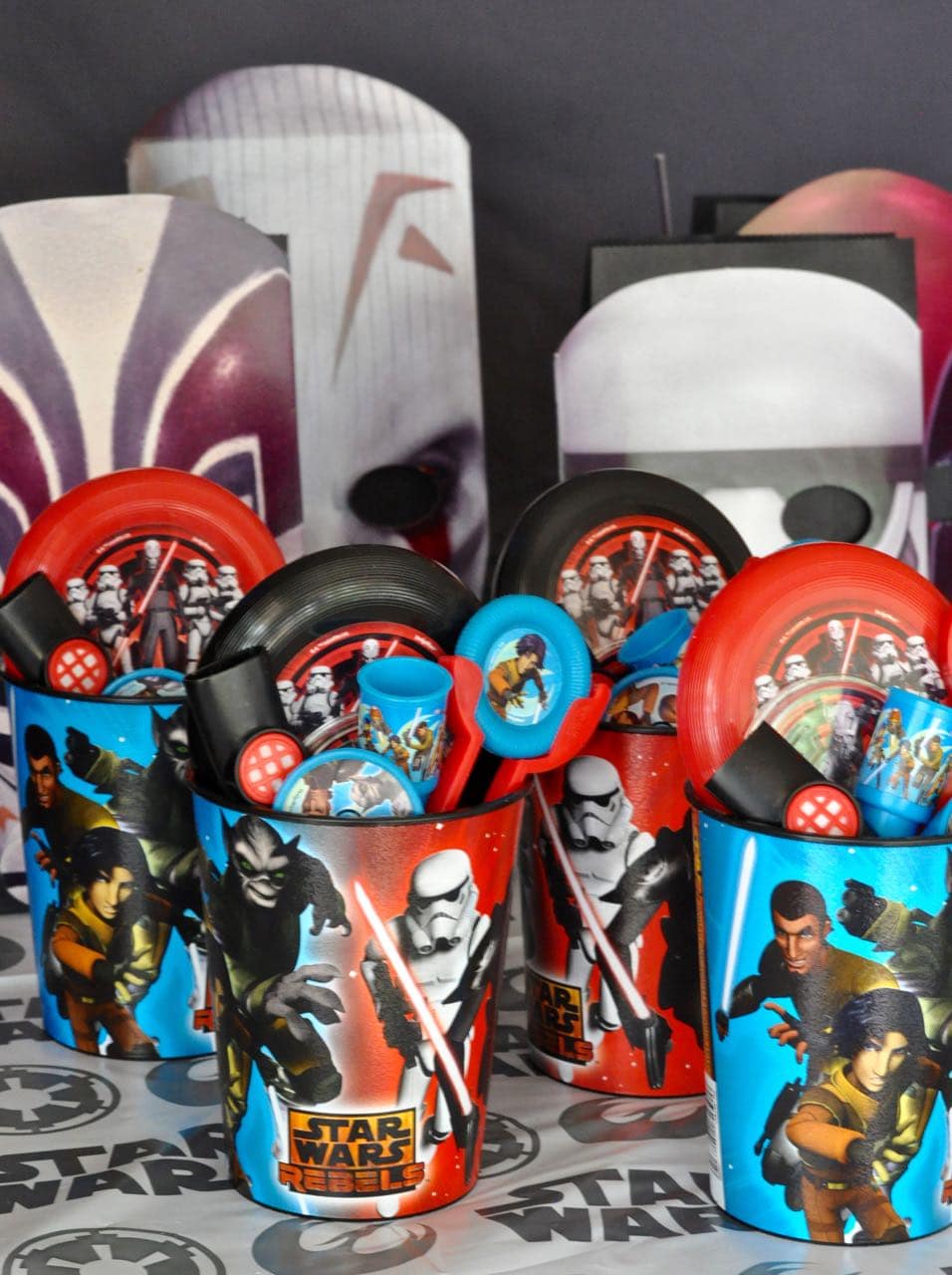 Another way that I used my party favors as a decoration was to fill up the plastic cup favors that I bought with lots of small Star Wars Rebels toys.  I found the package of toy party favors in the party section at Walmart, and I separated them all so that each child would get one of everything.  Then I arranged them all to look nice in the plastic cups, and displayed them on the party table too. 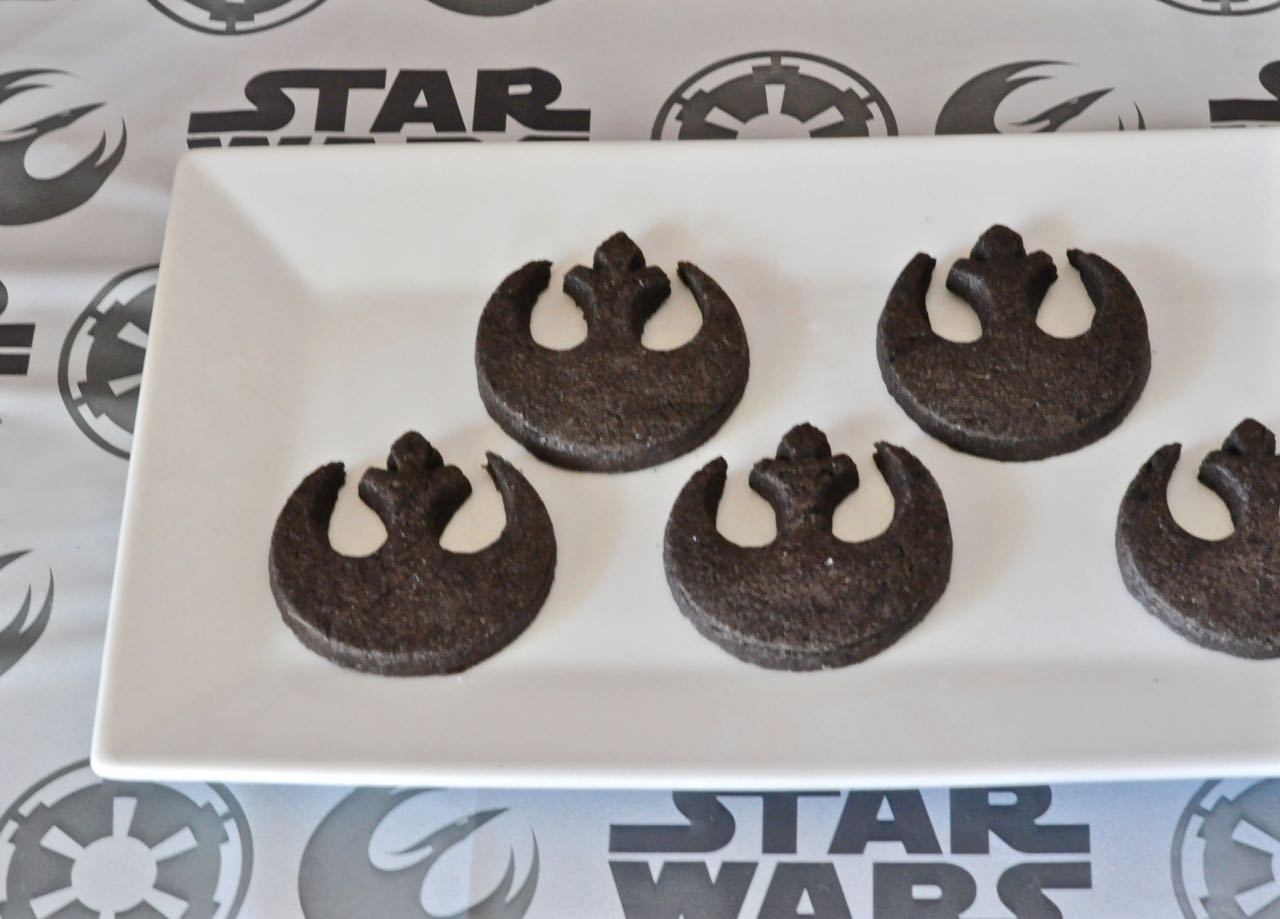 Did you notice the rebels logo cookies that I made?  I used my favorite sugar cookie recipe, added some black gel food coloring, and used a Star Wars Rebels cookie cutter to create the rebels logo cookies.  I LOVE the way these turned out!  I also bought some mini chocolate and powdered donuts and put them on their own tray in front of the Clone Trooper to represent the light and the dark side. 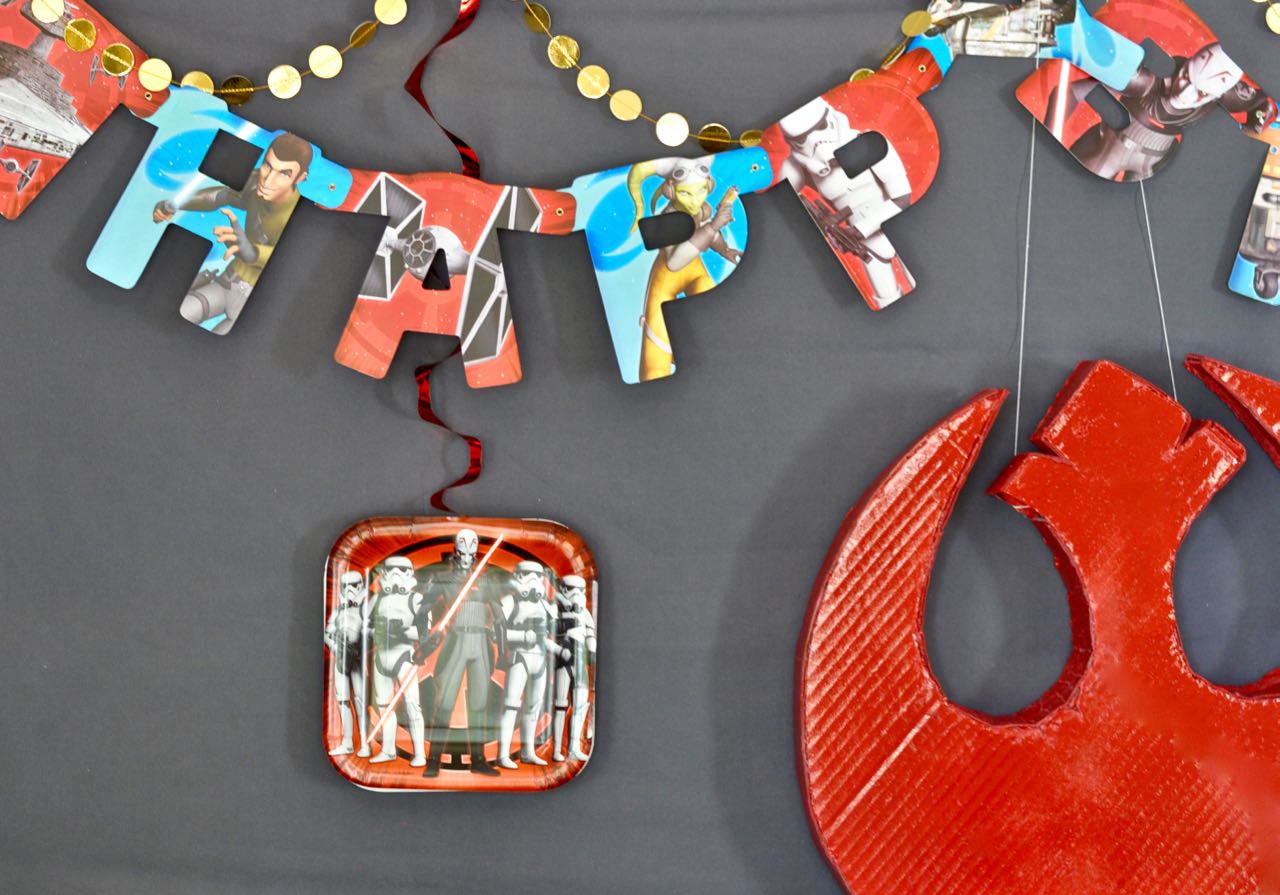 The Star Wars Rebels Happy Birthday banner that I bought at Walmart was hung above the food table, along with a gold circle garland that I already had.

I really enjoy making pinatas for my parties (you can see the Minnie Mouse piñata I made HERE), and I decided this party definitely needed a Star Wars Rebels piñata.  I’ll give all the exact directions on how I made the pinata in a different post (or this one will be really long), but all I used was cardboard, scissors, a pen, and some red spray paint.  Super easy! 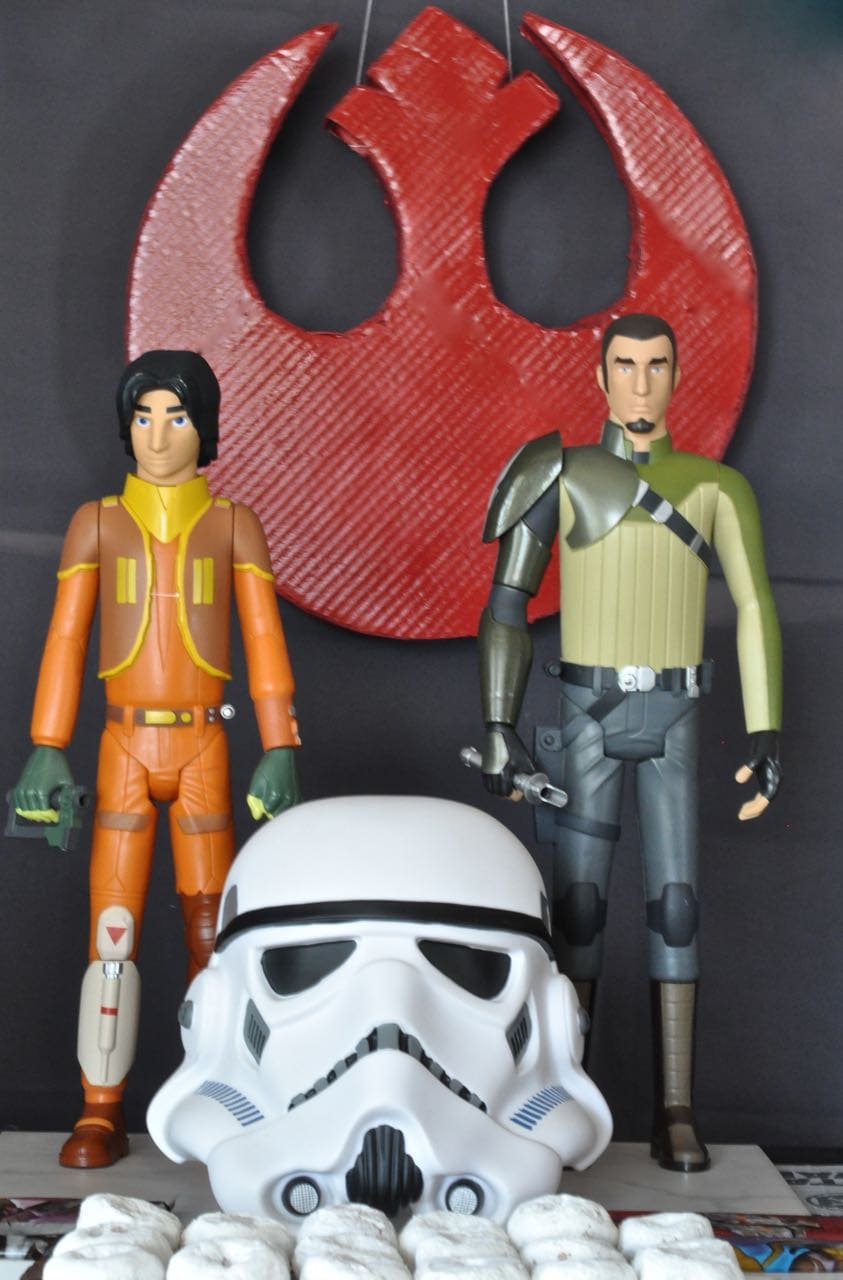 I love the fact that the Star Wars Rebels pinata is not only a functioning piñata, but a decoration that hung up until it was time to break it!  I like the bold, graphic look it added hanging above the center of the food table. 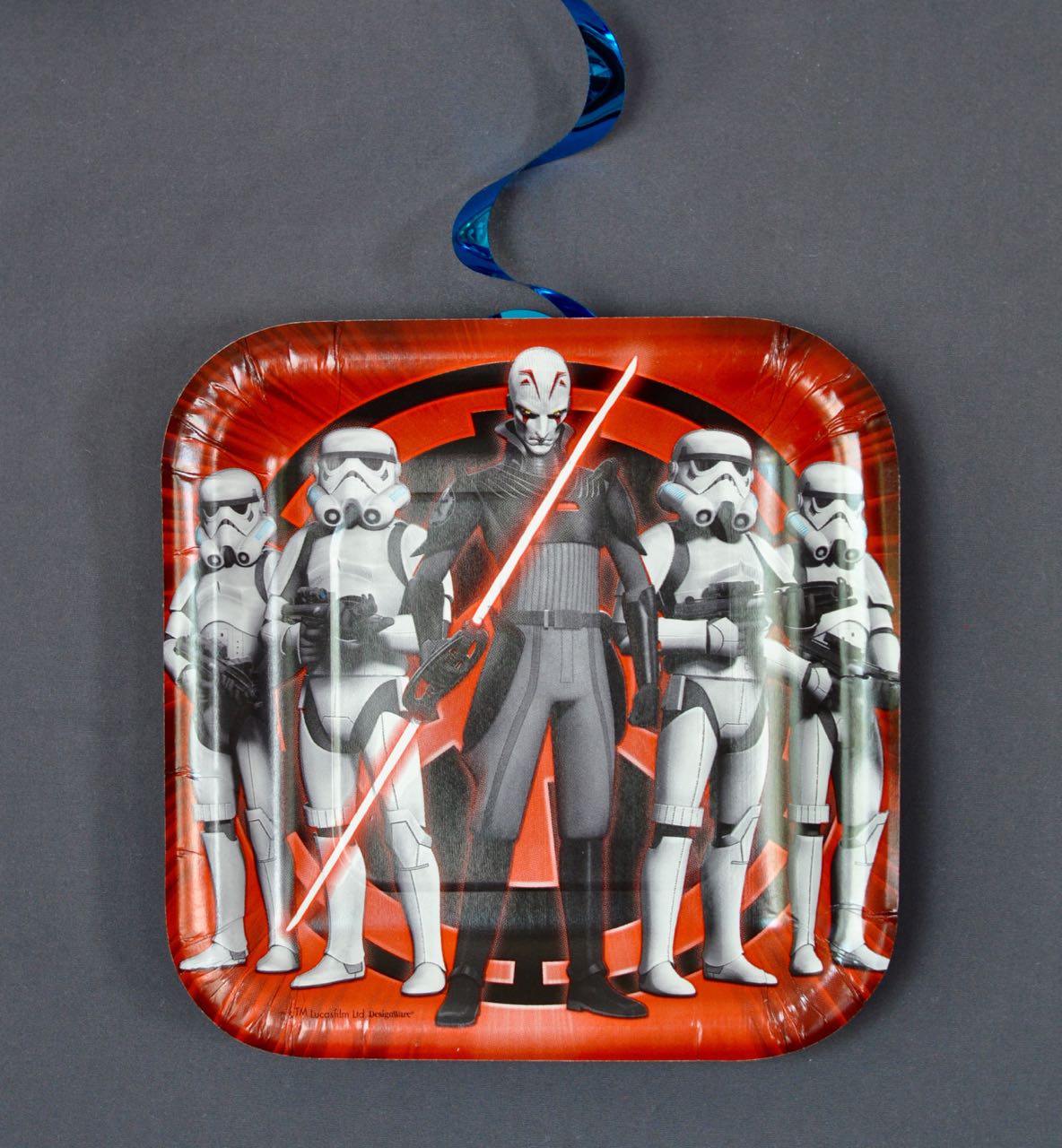 The Star Wars Rebels paper plates that I bought served two purposes- to eat off of and to hang.  I used two swirly decorations and sandwiched the bottom between two paper plates with some hot glue.  Would you have ever guessed that those were made out of paper plates?

I am so pleased with how the whole party turned out, and more importantly, my sweet boy was pretty thrilled too!

I hope you learned a few tricks for throwing a great party without spending a fortune!  So I’d love to know, what was your favorite birthday party?  What made it so great?

May the force be with you!