Now that it’s almost fall, I have been on a fall drink kick.  Never mind the fact that it’s still hot here in San Diego!

This warm weather is not stopping me from my Starbucks caramel apple spice, salted caramel frappuccino, or any of the other yummy drinks that Starbucks has to offer! 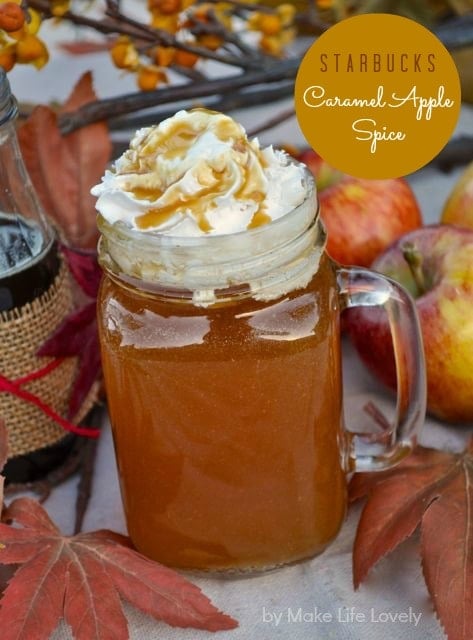 The recipe calls for Starbucks Cinnamon Dolce Syrup, which I didn’t have.  I didn’t want to go buy the syrup at Starbucks for $12 a bottle so I tried making my own cinnamon dolce syrup.

My version of the Starbucks Cinnamon Dolce Syrup tastes amazing!  It also cost me zero dollars to make, since I already had all of the ingredients.  Can’t beat that!

Wanna’ make your own Starbucks caramel apple spice at home too? 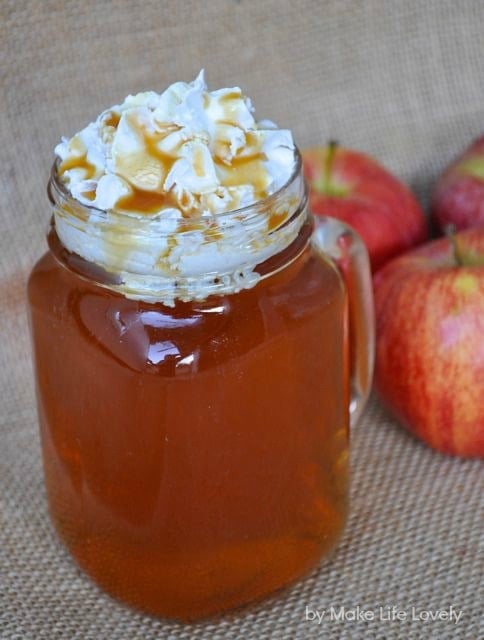 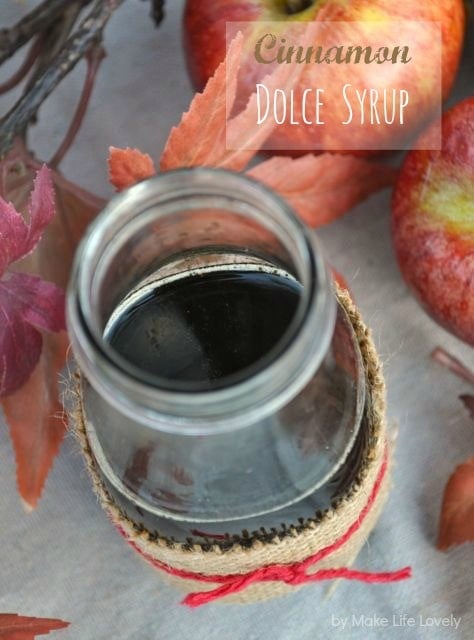 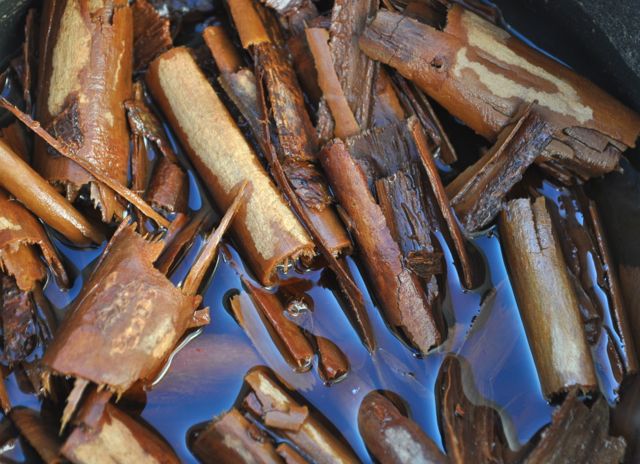 2.  Add brown sugar to the cinnamon water mixture, and heat on low.  Stir until brown sugar is dissolved.  Let cool, and refrigerate in a sealed container until ready to use.

I hope you enjoy this yummy Starbucks caramel apple spice recipe as much as we did!
You will be able to make a lot of these with a container of apple juice, and save yourself the money, time, and hassle it would take to go to Starbucks to get your own!
Just please don’t ask me how many cups of caramel apple spice I’ve had this last week… I’m not telling. 😉
You’ll love these other fun fall posts: