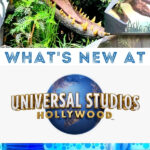 Check out all the must-see new Universal Studios Hollywood attractions that you don’t want to miss in 2021!

Now that Universal Studios Hollywood is open again, there are even more things to do and see than before! 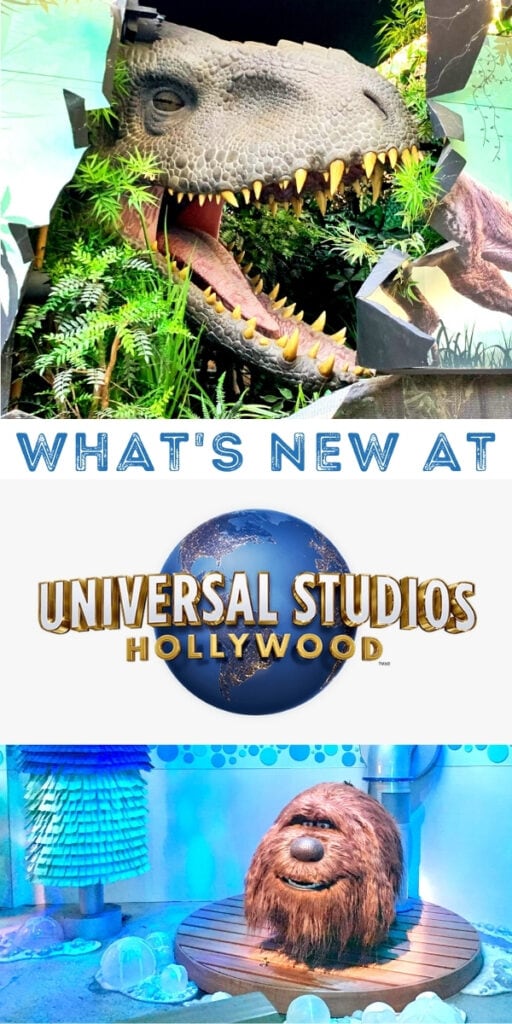 You probably already know that Universal is one of our favorite places to visit, for so many reasons!

In it I share LOTS of helpful tips for you to make the best of your day at the park!

Today I’m giving you the scoop on all things new at Universal Studios Hollywood after our family vacation there last week. 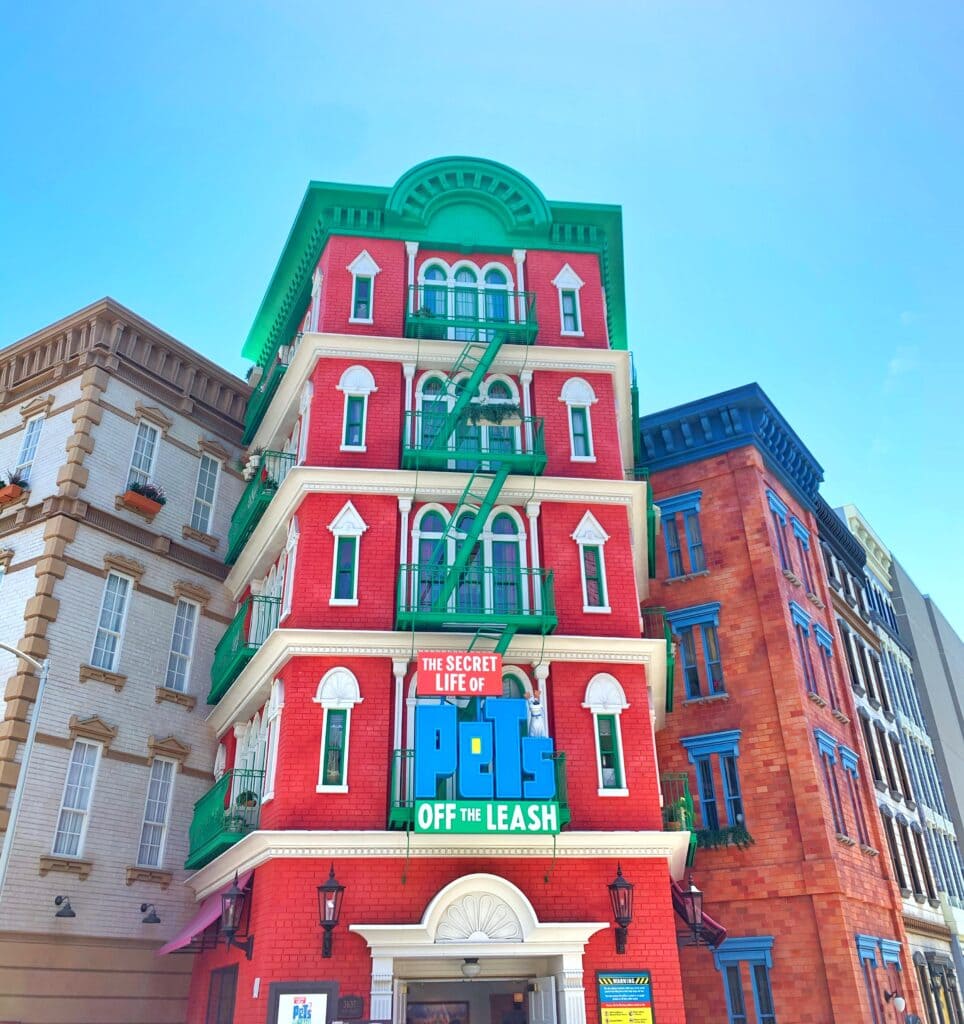 The Secret Life of Pets: Off The Leash! Ride

We all LOVED the new The Secret Life of Pets: Off The Leash! ride so much!

The outside of the ride is perfectly themed to look like the front of Katie’s New York City apartment building.

We loved walking through the different rooms throughout the line and seeing some of our favorite characters! 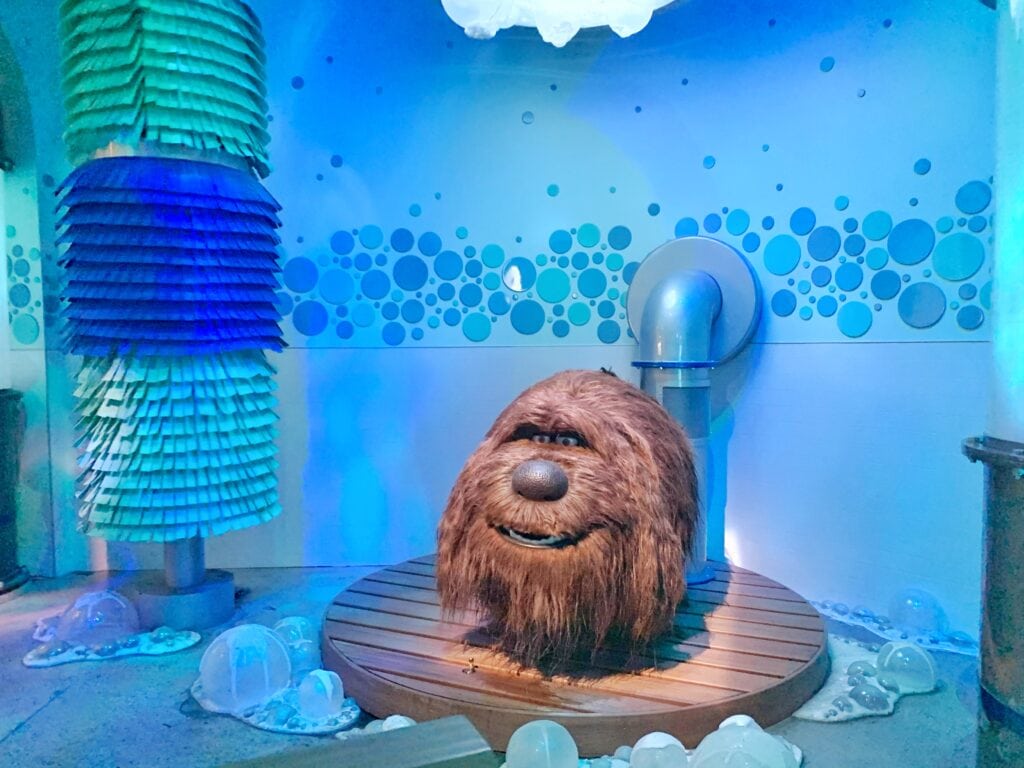 There were so many impressive details throughout the ride, and it was fun to see Max, Snowball, Gidget, Chloe, Duke, and more.

We were taken throughout the ride through different scenes, where the characters, who were 3-dimensional, were all having fun together, and of course, getting into trouble! 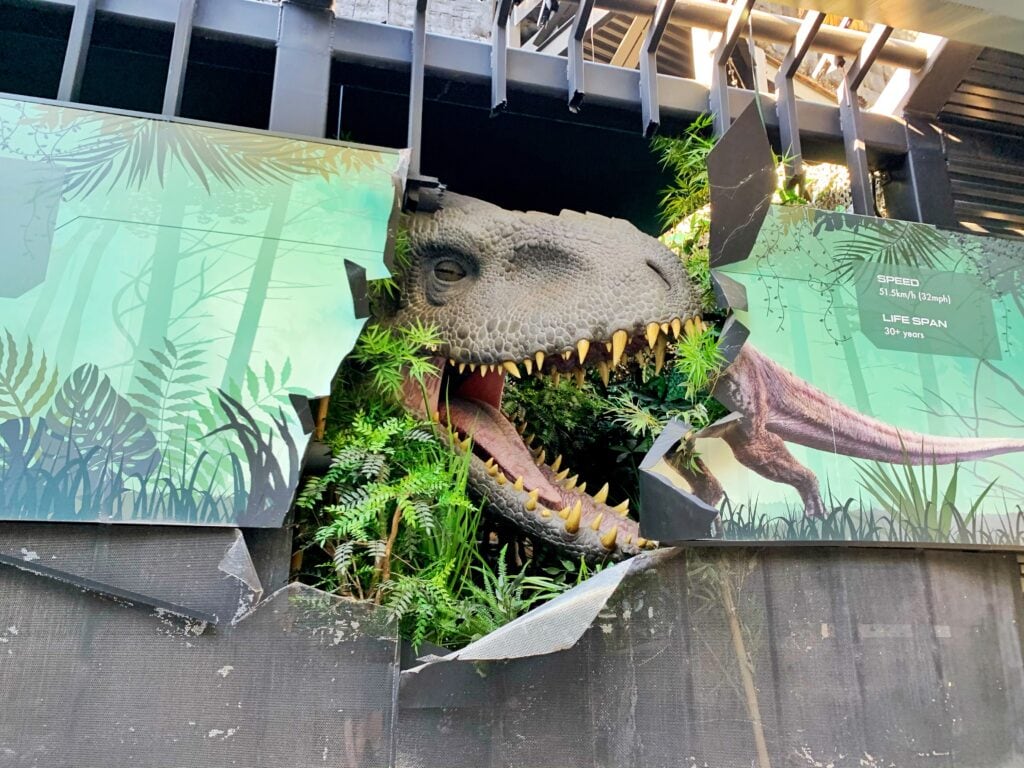 My guy is obsessed with all things Jurassic World and dinosaurs, so of course this ride was his favorite!

In Jurassic World- The Ride, you get to see the giant Indominus Rex (who stands at over 20 feet tall) up close and personal right before escaping down the giant waterfall drop. 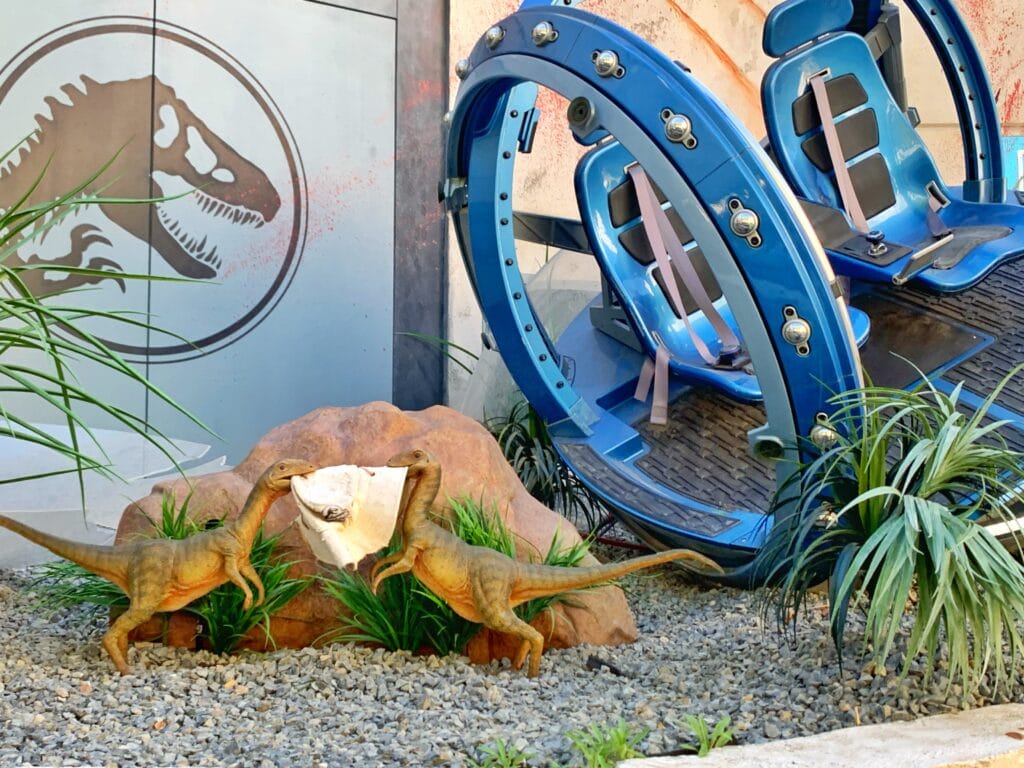 My other favorite part of the ride is at the beginning when you first enter Jurassic World, where we get to see the colossal Mosasaurus swimming in her natural habitat.

Watch out for her splashes!

Owen Grady, Claire Dearing, and Dr. Henry Wu are all back too, and you’ll get to see these stars featured in the ride. 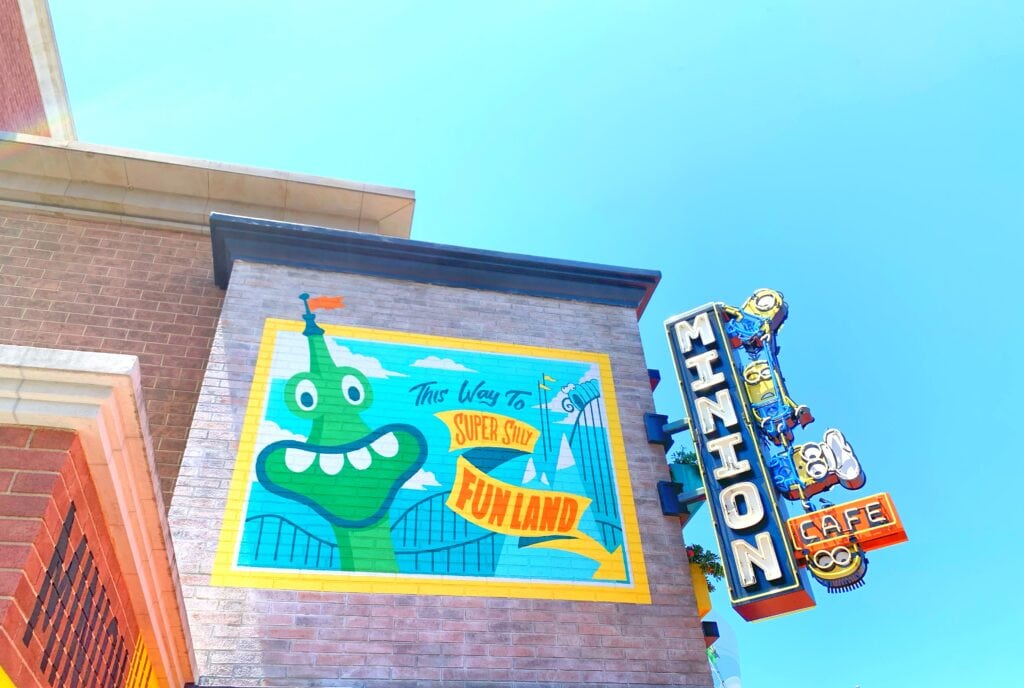 Right next to Super Silly Fun Land and the Despicable Me Minion Mayhem ride is the brand new Minion Cafe. 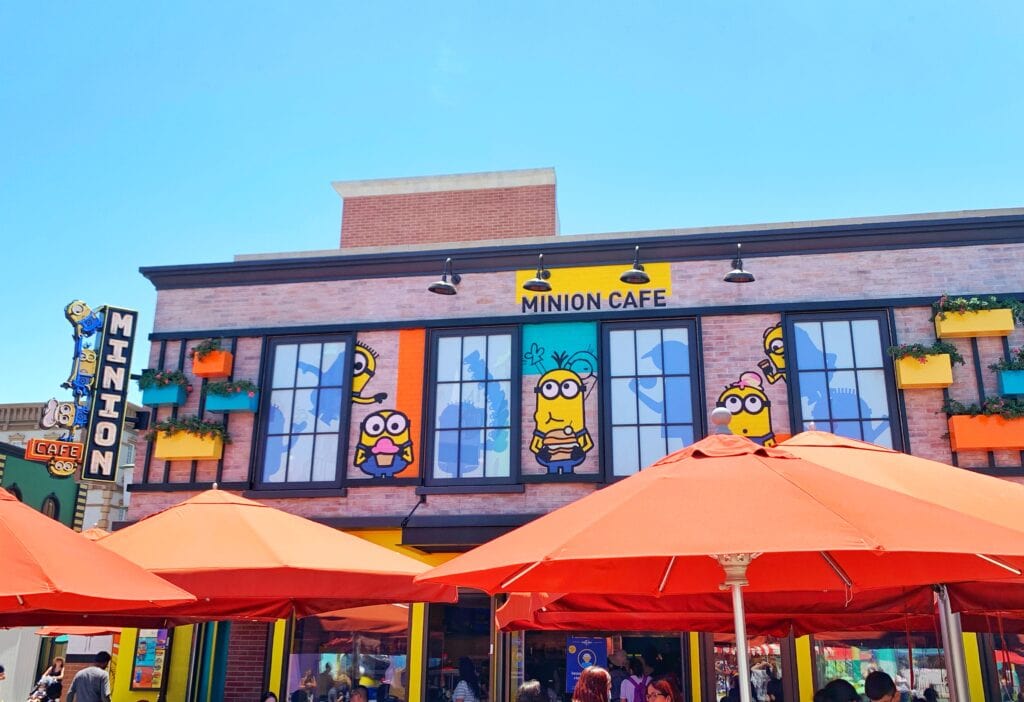 Sandwiches and desserts are served there, and include a classic grilled cheese sandwich with soup, a pulled pork grilled cheese with banana BBQ sauce, and chicken bacon ranch Mac n cheese and Nutella banana pudding.

This menu is definitely Minion-approved! 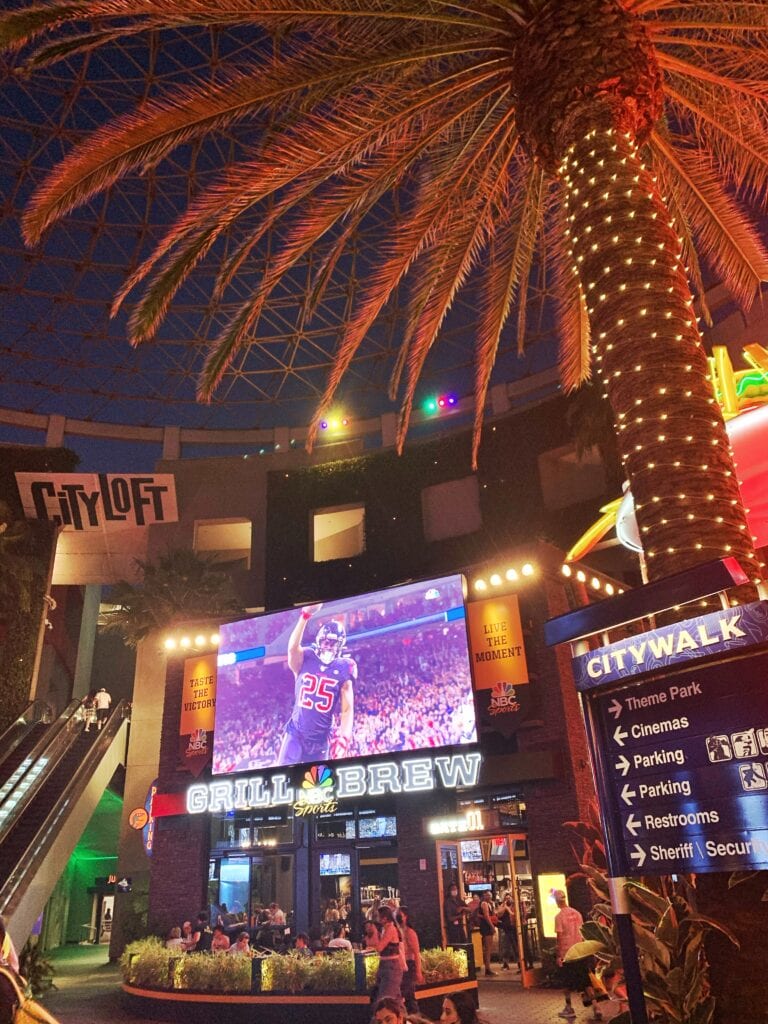 The new NBC Sports Grill & Brew is located in Universal CityWalk, right outside the park.

With its’ sports-themed dining, it features HDTV screens that broadcast continuous sports coverage.

Outside there is an impressive giant media wall that’s over 23 feet tall and puts you in the front row of all the latest sports action. 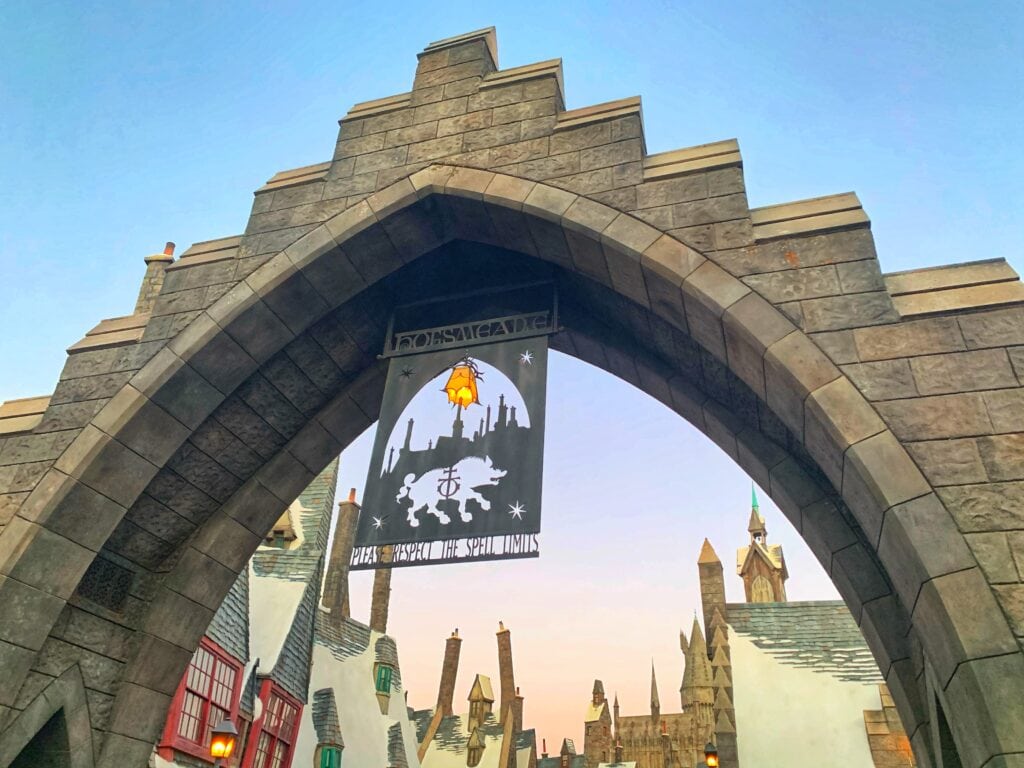 Other Favorites at Universal Studios Hollywood

After checking out all the new attractions at Universal Studios Hollywood, we definitely had to hit up our other favorites!

Hogsmeade and all things Harry Potter are always at the top of our list. 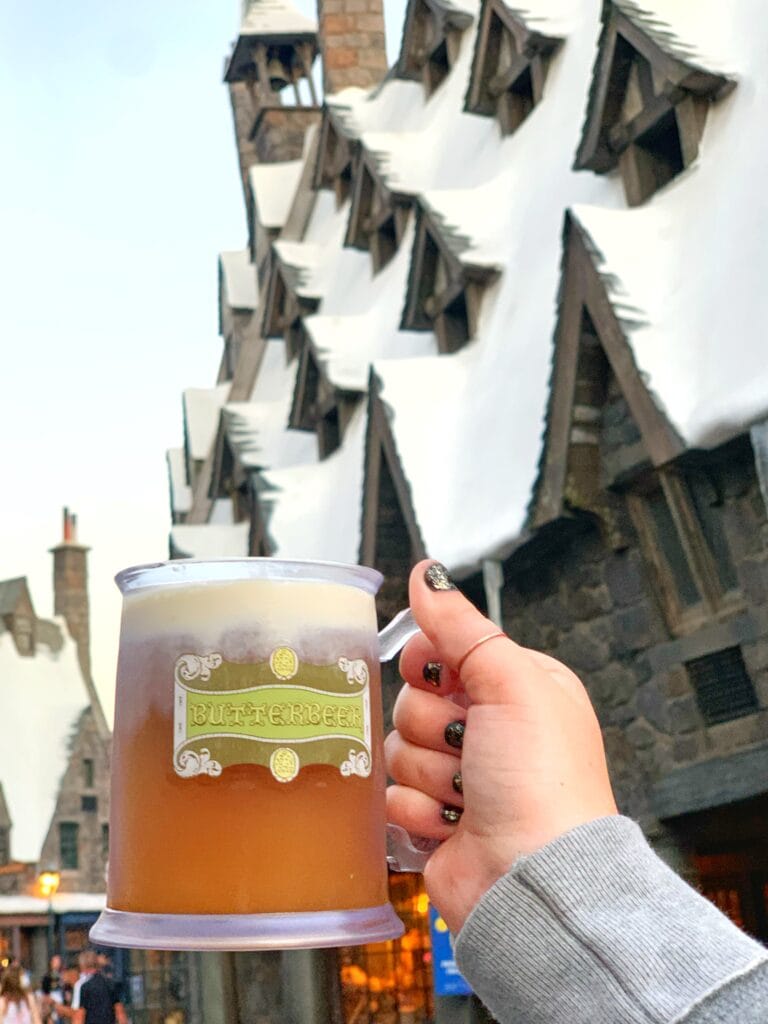 We filled up on pumpkin juice (check out our version of Harry Potter pumpkin juice that tastes like the real deal), chocolate frogs, exploding bon bons, traditional English food from The Three Broomsticks, and so much more!

It’s our Wizarding World of Harry Potter tradition to buy at least one (but usually more) every trip.

Which new attraction are you most excited about?

A big thanks to Universal Studios Hollywood for inviting us out!